One of the biggest tweaks is to Elixers, which - once again - can be purchased with gold, and now remain active when you die, change dungeons, or log out.

Furthermore, you can see the Elixer buffs applied to your character by visiting your avatar screen.

On top of this, the game's store has been completely reworked, improving its ease of use and allowing you to compare items with you current equipment. You can also navigate the store in fewer clicks.

Trades have also been tweaked and are now more secure. Transactions now take place in a new window that shows the entire trade in a 'locked state' – preventing any last minute adjustments. You can then choose to accept or decline the trade.

Plus, to make trading even easier, Spacetime Studios has implemented a new trade command, meaning you can quickly trade with someone in a crowded area, without scrolling through numerous player names.

Further additions include sound fixes, an increased character count during quick chat, and the ability to reserve your character's name for Spacetime Studios's upcoming MMO Blackstar.

Pocket Legends is available from Apple's App Store and the Android Marketplace for free. 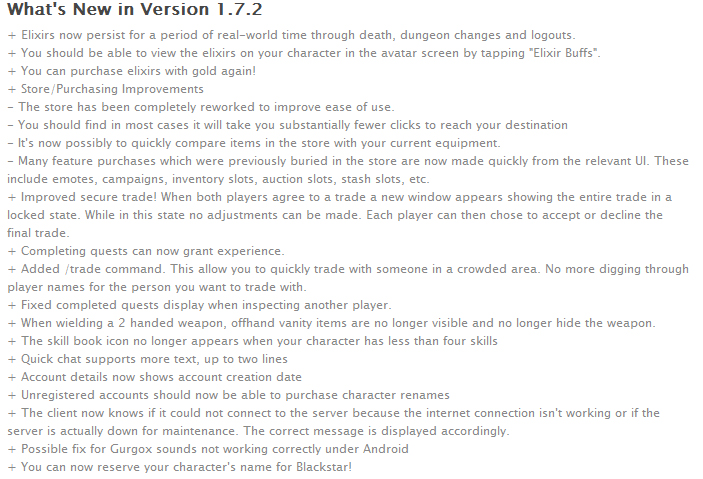