Get a moove on

Phew, it feels like it's been a while since we've chatted about Plague Inc. and lucky us there's a new update on the way. 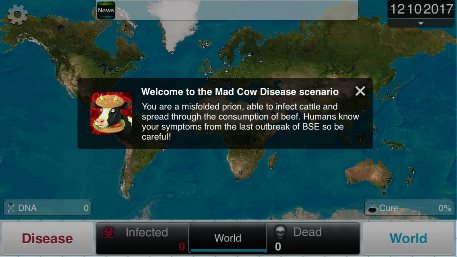 If you don't know about the game, Plague Inc. is a simulation/strategy puzzler where you have to infect and eventually kill of the whole world's population using a number of means. There are tons of illnesses to choose from to date, but you'll soon be able to dive into that 90s-classic Mad Cow Disease.

This 'moo-tation' as the devs call it leads to three new scenarios:


We're not sure exactly when the update will be launching across Steam, iOS, Android, and console but we'll know in the next few days. Read the full notes right here.