Ndemic Creations has added a brand-new (and rather deadly) mutation called the Necroa Virus to its Gold Award-winning simulation game Plague Inc.

Although the Necroa Virus is relatively unknown, it's said to be an aggressive germ that boasts extreme "regenerative abilities".

You can customise this new strain with five new genes, and then let it loose upon the world's population in an all-new apocalyptic challenge.

We don't know too much about this fresh challenge, but in Plague Inc.'s App Store description the dev promises radical new gameplay, strategy, evolutions, and even graphics. 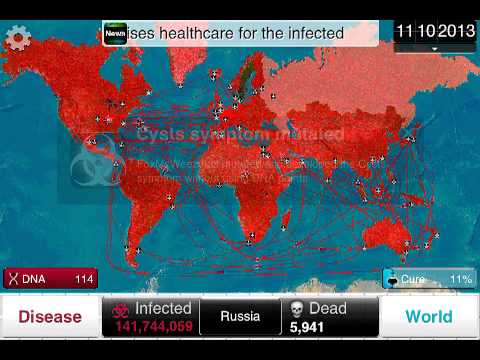 After downloading this update, you should notice some interface enhancements, too.

There's a new population percentage bar that lets you view the status of the many countries you've infected, for example. Plus, there's now a special DNA animation that shows you how much genetic material you've collected.

AppAdvice
Next Up :
Forgotten Fables: Wolves on the Westwind continues the next chapter of The Dark Eye, out now on iOS