Eye on the skies

Dominik Zielinski works at Anomaly: Warzone Earth creator 11 bit studios. But when he's not, he work on his own iOS and Android game project, Pixwing.

Pixwing caught my eye due to its combination of geometric 3D shapes and colourful pixel art. It looks like a kids TV show has been pixelized.

There are burnt orange ziggurats, abstract sky islands in bright greens and browns, pink and purple blossom on trees, and a turquoise sky to explore.

The idea of the game is to fly around its vibrant world in the Red Baron, shooting down airships, and finding secret items.

The controls are gyro-based, so you'll be tilting your phone or tablet to get around.

"The plane control will require your entire body, as you can look inside the world 360 degrees and control the plane," writes Zielinski on the game's website. 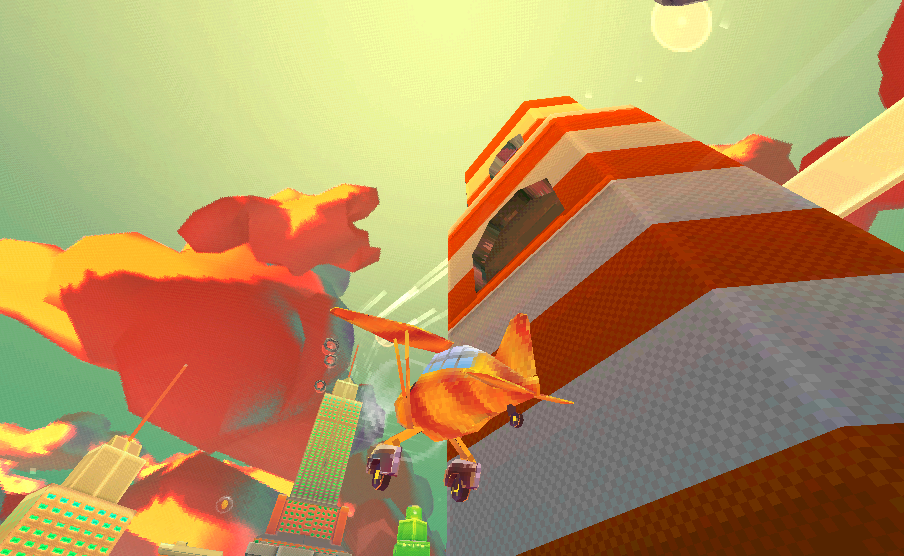 You're also able to buy new planes in the game. They obviously look different but we don't know yet whether they have unique abilities or weapons.

Given that Pixwing is described as an "aeroplane-trial game," it seems that you'll be given challenges to complete and, possibly, a time limit to do them in.

But, if that's not suited to your current mood, then a Free-Roam mode lets you enjoy the sights as you fly at a more casual pace.

We'll have more updates on Pixwing for you as they arrive. For now, take a look at those screenshots.

PixWing is the spiritual successor to Sky Odyssey, out September 10th

PixWing has a character named Focke Wolf, which is surely the best pilot name ever

PixWing reminds us that flying can feel great whether it be with a plane, dragon, or rocket