Pixel Noir is an upcoming pixel-art RPG detective thriller that wears its retro square-edged heart on the sleeve of its grimy trench coat.

Developed by New Jersey studio SWDTech, who revealed the game over on NeoGAF, Pixel Noir takes its cues from SNES-era classics like Chrono Trigger, then wraps those influences up in a paranormal tale of gumshoes, revenge, and wriggly tentacled monsters.

There's a sprig of Shadowrun's isometric neon-splashed cyberpunk look in Pixel Noir, too, all rain-soaked streets and dingy back alley bars. But pixelly-er.

The game is at a pretty early stage of development at the moment, but SWDTech is promising crime scene investigations, comic book cutscenes, and a battle system where you can use environmental hazards to your advantage. 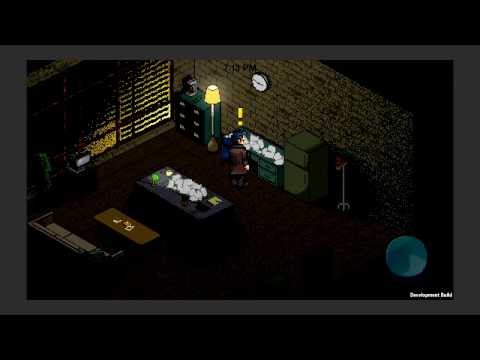 The members of the SWDTech team have previously worked at DC Comics, Cartoon Network, Bad Dudes, and Capcom, so it's fair to say their pedigree can't be questioned.

There are some Pixel Noir screenshots in the gallery at the top of the page if you're interested. Oh, and the pre-alpha video of the game embedded just up there is well worth a watch, too.

SWDTech will launch a crowdfunding campaign for Pixel Noir in April. We'll keep you updated with any more information we get about the game over the coming months.