Straight from the Norse's mouth

Released just yesterday for iOS and Android, it’s clear that Phantomgate: The Last Valkyrie is a mobile adventure RPG made to break free from the genre's usual tropes. Sure, it’s a side-scrolling adventure with turn-based combat set in a fantasy world (fairly standard so far) but with all three of these elements there's at least one small spin players won’t expect.

The combat for example shakes up the format somewhat through its innovative Bubble System. As budding adventurer Astrid, you and your will party butt heads with enemies throughout each level in turn-based combat. But the Bubble System forces you to pay extra attention to tiny bubbles which spawn at random during the course of battle. Every bubble you manage to tap will offer buff ordebuff effects which can decide the course of a close battle, so make sure to be quick and pick the right ones before they float away.

Then there are the ‘phantoms’: small ancient creatures you’ll encounter across the lands of Barbaria. One by one you’ll meet these allies, upgrading and powering them up through the game's innovative evolution system until you create the perfect party. There are over 300 in total to seek out and find – all with unique skills and design.

We spoke to publisher Netmarble and developer Level 9 to find out what they think makes Phantomgate: The Last Valkyrie one of the most unique entries in the genre. 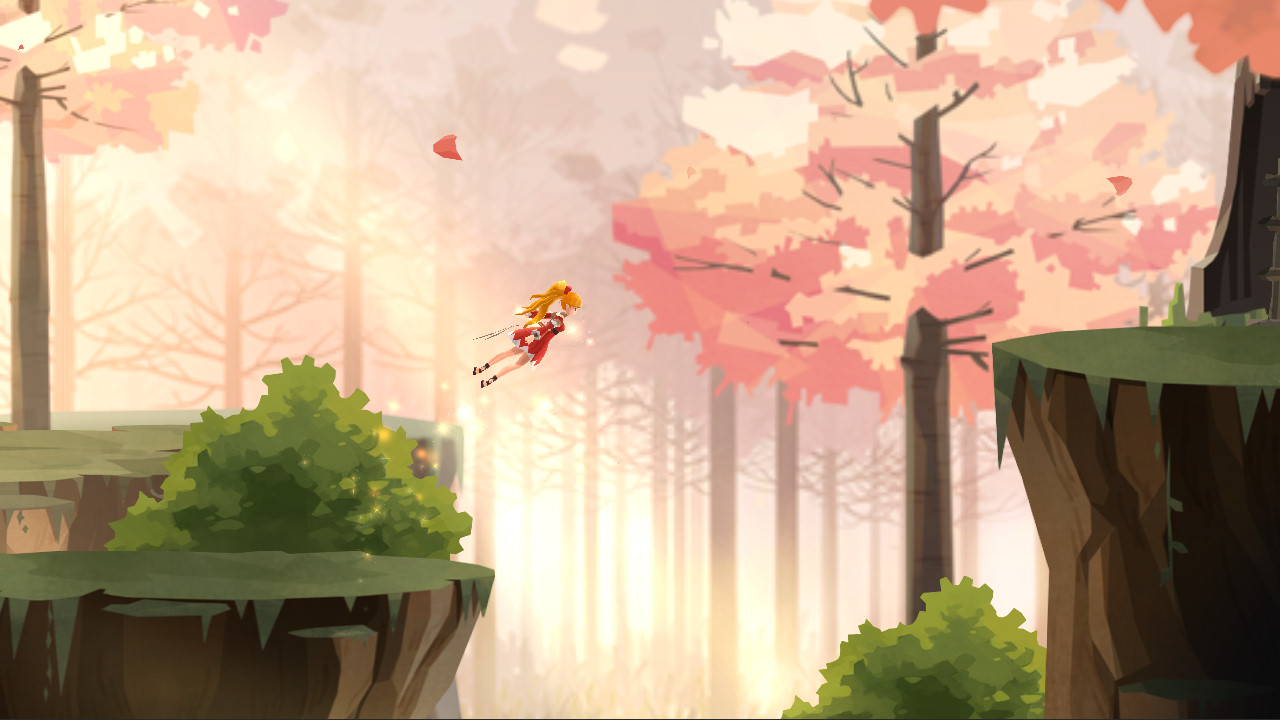 What do you think Phantomgate offers that you can’t get from any other title on the App Store?

We wanted to emphasize the fun of exploring and traveling around the map where players encounter NPC characters and monsters within the map, similar to the adventure games we saw in PC and console games in the past. To do this, we combined field quests and the adventure elements to the growth elements of a role-playing game.

There is more to this game than just battlefield – There are adventurous elements that players will feel deeply moved. The reason why we used the low-polygon graphics is to deliver the warm and adventurous feeling to the game. Players will feel that the game is unique in this aspect.

There are also elements in the battle mode that distinguishes from other classic turn-based role-playing games. As players unlock puzzles and quests in a side-scrolling platform, they will encounter enemy units, and this is where you enter the battle mode. It’s a 4vs4 combat where players battle with 1 hero and 3 phantoms on their side. By turns, the team attacks the opponent enemy and vice versa. What is different from other turn-based battles is that it has a bubble system: during battles, bubbles with upgrade and downgrade effects spawn randomly for players to tap and drag to appropriate characters on the screen. Blue bubbles are beneficial, and red bubbles are detrimental. Using bubbles effectively can alternate the result of the battle, so there are more strategic thinking needed. 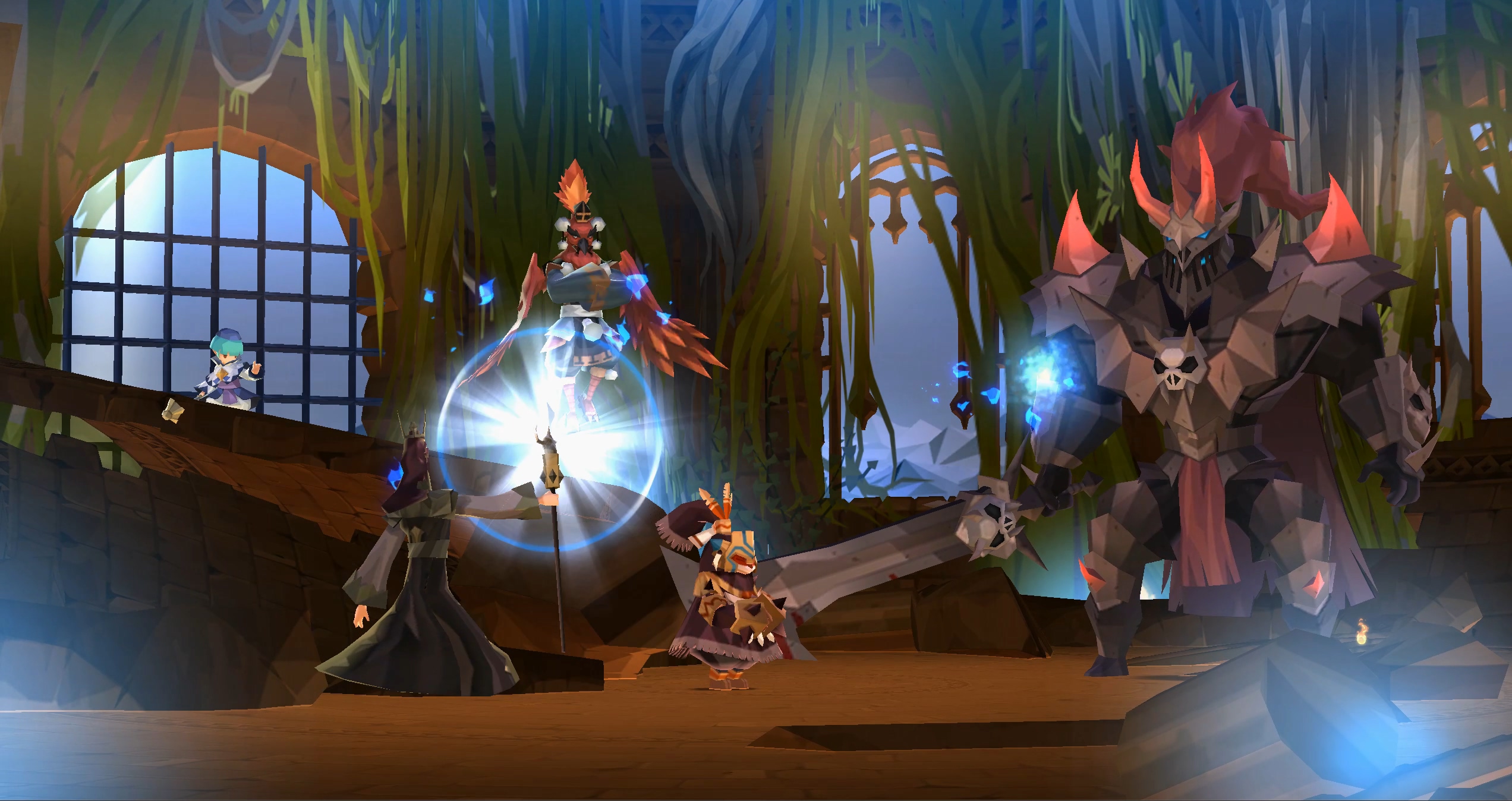 Our team has always thought about making a game with storyline based on Norse mythology and especially on Valkyrie. When I encountered Birch and Forest and Star-Eye by Finnish poet Zachris Topelius, I was greatly touched and knew these tales will fit very nicely to the game. After writing the original story inspired from Norse mythology and Star-Eye, we started to develop the game and this is how Phantomgate was born.

Which part of the game are you personally the most proud of any why?

I think that the moment that players get deeply immersed and feel enjoyment in games is where they encounter stories while exploring the fields. So we’ve put in a lot of effort to the game’s storyline.

We’ve also actually put in a lot of effort in “how” we deliver the story to players because we knew that players tend to skip when story appears in long texts. So we focused on delivering the story within the gameplay naturally, without having to read long texts after another. Even if you don’t read texts you’ll be able to understand the summary of the game just by playing the stages and progress throughout the game. 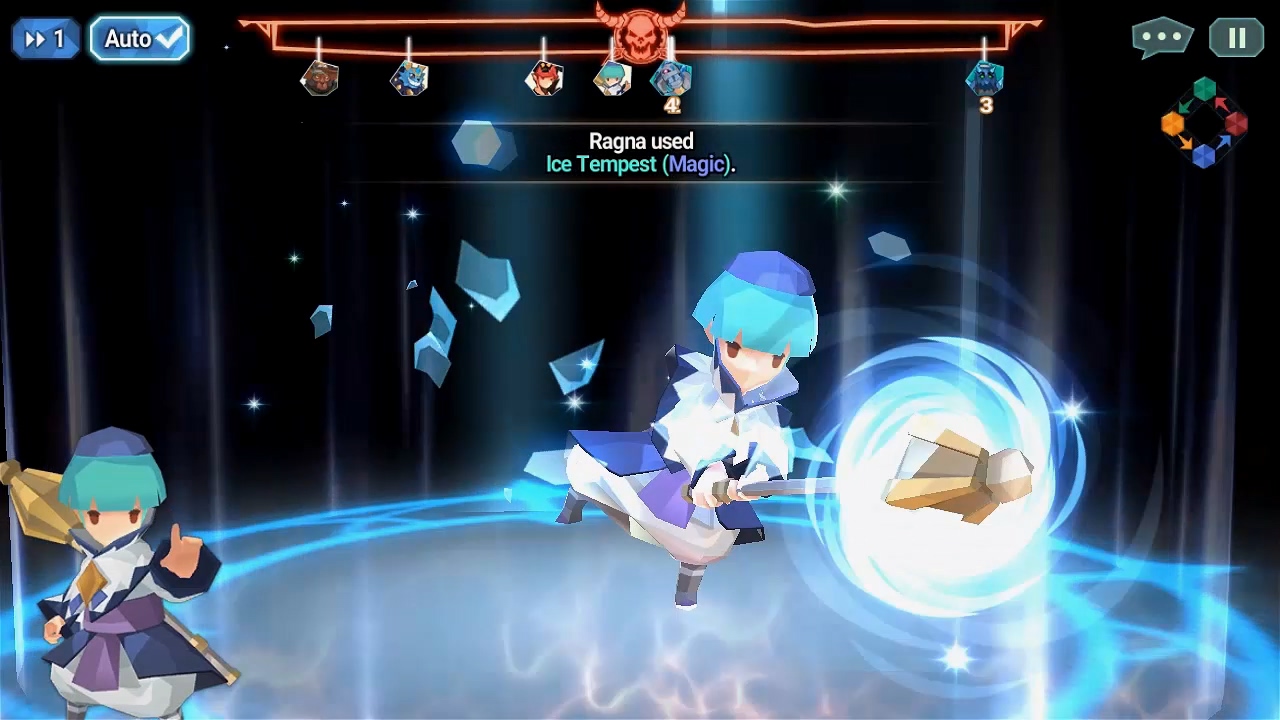 It’s only been a day since the official launch but throughout our long period of soft launches and endless field test, many testers have acknowledged that the game is very unique, new, and is a console-game quality. 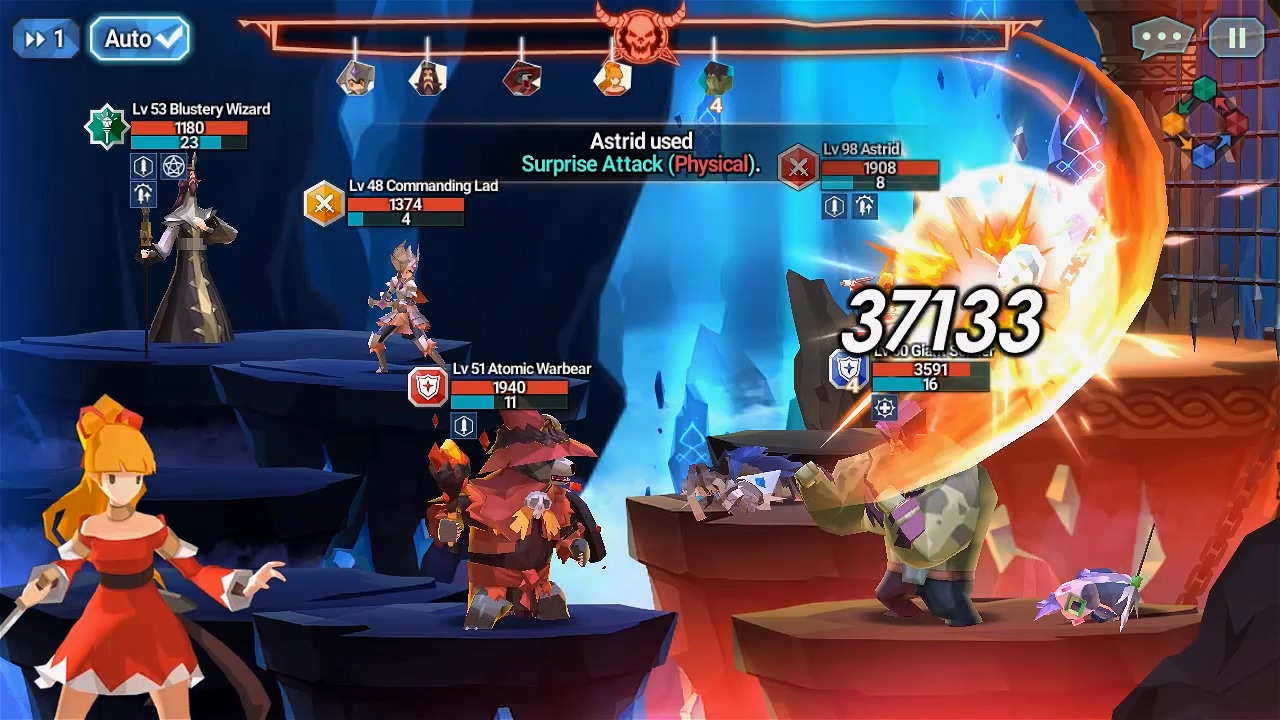 First, we are running a first special in-game event where players get to find Easter Eggs that are hidden throughout the stages. There are a total of 6 Easter Eggs to look for.

Our first update after the launch will involve more new characters and settings based on the Norse mythology.

Be sure to check our our preview of Phantomgate for an even closer look at the game and its unique features.

Phantomgate: The Last Valkyrie is free to download right now from the App Store and Google Play.