The third game from the infamous YouTuber

YouTube phenomenon PewDiePie, or Felix Kjellberg if you're not a fan of YouTuber names, is releasing yet another game. This one is called PewDiePie's Pixelings and it will be available for iOS and Android on 15th November.

It marks the third time the famous YouTuber has worked with Outerminds. In 2016 they collaborated on PewDiePie's Tuber Simulator and Legend of The Brofist before that. This game picks up where the latter of those two titles left off.

At least, it does from a universe perspective. While Legend of The Brofist was a platformer that we found to be merely okay, Pixelings will be a creature-collecting strategy game. It all kicks off when the titular YouTuber finds a particularly smelly sock, which somehow leads to him being transported to Pixeland where its inhabitants, the Pixelings, are under threat from a mysterious being. 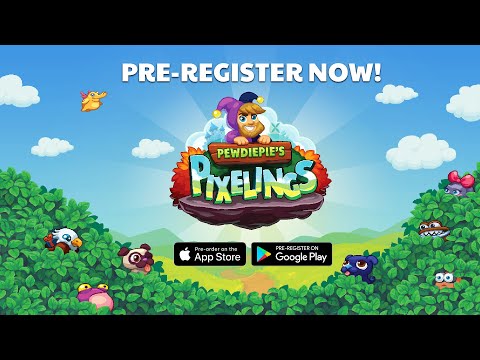 Joined initially by his pugs Maya and Edgar it will be up to PewDiePie to save the Pixellings from their impending doom. You'll be able to collect these various pixelated creatures and add them to your team so you can take part in 3v3 turn-based battles.

According to the developers, it will combine the depth of turn-based combat with the essence of idle gameplay. You'll also be able to do battle with other players in PvP as well, so you'll want to make sure you have the best line up of Pixelings possible before delving into the multiplayer.

In terms of story, you can expect it to be full of memes, as that's kind of PewDiePie's thing these days, though he's dipped back into playing Minecraft recently. He's also recorded voice lines for the game, so avid fans will be able to hear their favourite YouTuber in the game, too.

PewDiePie's Pixelings will be available on November 15th through the App Store and Google Play where you can register now if you'd like. It's a free-to-play game with in-app purchases.

Check out our news section to discover the latest, and greatest, games.
Next Up :
Three Kingdoms: Legends of War is officially out now on Android and iOS