It's a little too late in the Vita's lifespan for a name change - which is a shame, since Sony's portable system should have been called "the RPG machine" from the very beginning.

The Vita itself boasts a sizable library of role-playing standouts, but it's the console's ability to access a vast selection of PS1 and PSP classics that makes it an excellent system for fans of the genre.

However, it's not as though every title on the system is an all-time great, and a few even transcend mediocrity to reach genuine ghastliness.

To help you avoid that terrible feeling of buyer's remorse, here are 11 of the best RPGs (one game only per series) that you can currently play on the PS Vita. Although the Persona system - think M-rated Pokémon - is certainly an enjoyable aspect of Persona 4 Golden, it's the game's Social Links that define the experience.

Character interaction is both player-driven and emotionally compelling, so developing your relationships with Persona 4 Golden's eclectic and memorable cast is highly rewarding.

And since you won't be seeing the end credits for more than 60 hours, it's a meaty adventure too. 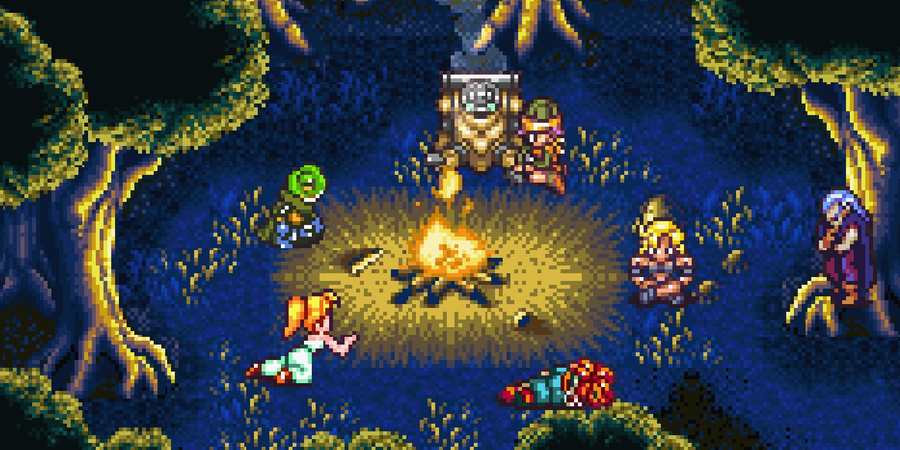 Whether the category's best SNES game, best video game, or even best sandwich, Chrono Trigger's always right up at the top of the list, hanging with pickles n' peanut butter with the sure knowledge of its predominance.

Anyway, this one's a classic time-traveling turn-based RPG that's essential for any fan of the genre, and the brilliant soundtrack alone makes it worth the price.

Although the PS1 port's plagued by 5-second disc loading times, the issue isn't game-breaking in my opinion - but you may want to decide for yourself before buying. If you're looking for a simple, lighthearted adventure and don't want to deal with character or weapon customization, you'd better stay the heck away from Vagrant Story.

But if you're entranced by the thought of an intensely deep RPG focused entirely on combat, you won't find a better alternative on PS1.

The gritty, envelope-pushing visuals are yet another reason to add this to your digital collection. 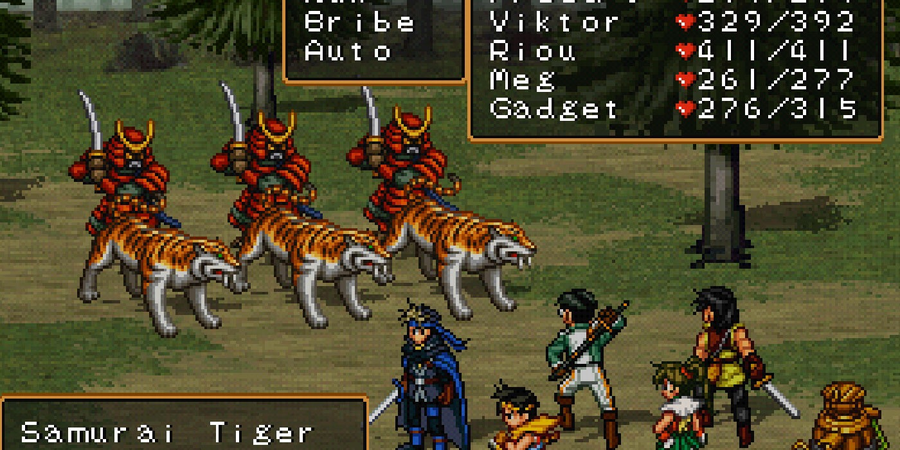 Long considered to be the most valuable PS1 game because of its rarity, Suikoden II was finally made available on PSN late last year - and as it turns out, the long wait was worth it.

Collecting party members is difficult and rewarding, the combat is fast-paced and satisfying, and the main villain, Luca Blight, is probably the most criminally (!) underrated bad guy ever. All that for less than $500!

The first Suikoden is on PSN too. It's a short and enjoyable adventure that's worth playing, if only because it leads into the sequel. Try it out! 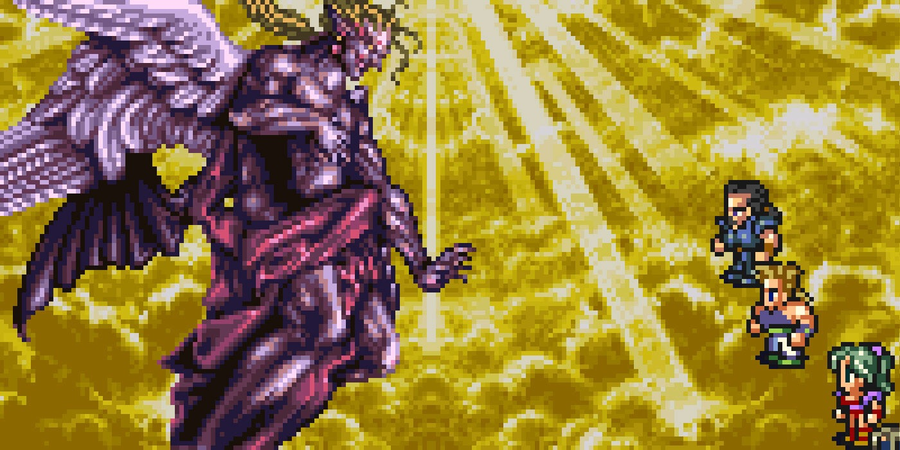 On the subject of video game villains, have you heard of Kefka yet?

Kefka's best described as the RPG equivalent of the Joker, with all the utter insanity that entails, and he's also a large part of the reason why Final Fantasy VI is as lauded as… well… Final Fantasy VI.

The classic turn-based gameplay doesn't disappoint either. Another standout on the same level as Chrono Trigger, the big 6 cannot be missed.

Also like Chrono Trigger, Final Fantasy VI features loading times that weren't present on the original SNES cartridge, so do some research before buying.

Tactics Ogre: Let Us Cling Together Many of the games on this list boast fantastic stories, but Tactics Ogre: Let Us Cling Together is unique in that its storyline branches extensively based on your decisions.

As for the gameplay, fans of Final Fantasy Tactics or Fire Emblem will (mostly) know what to expect, but might be surprised by the level of micromanagement, which is higher than in either of those titles. Embrace the stat points! Despite the series' transition to Nintendo, you can still enjoy Monster Hunter on a Sony console in the form of Freedom Unite.

Compared to the most recent installment, Freedom Unite's slightly deficient in terms of its weapons and graphics - but these are small shortcomings, and the title remains playable and fun.

I've heard stories of folks who've logged over a thousand hours into this PSP great, and that's as resounding an endorsement as any. 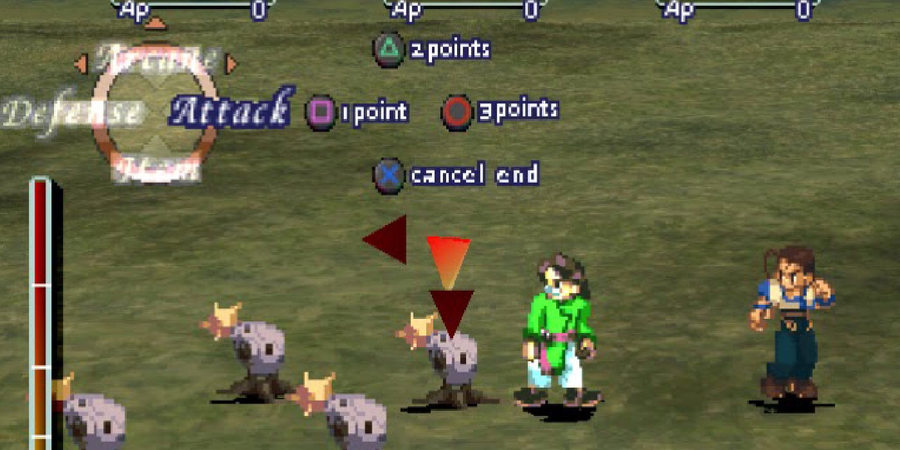 Drawing from an eclectic pool of real-world inspirations, Xenogears' narrative is epic in scope, and serves as the driving force of this 60-hour tour de force.

Thankfully, you won't have to slog through half-baked mechanics to get to the good stuff.

Battles are as complex as the story is, with combos, magic, and giant mechanized suits flavoring the fighting. It looks and sounds swell, too.

Castlevania: Symphony of the Night 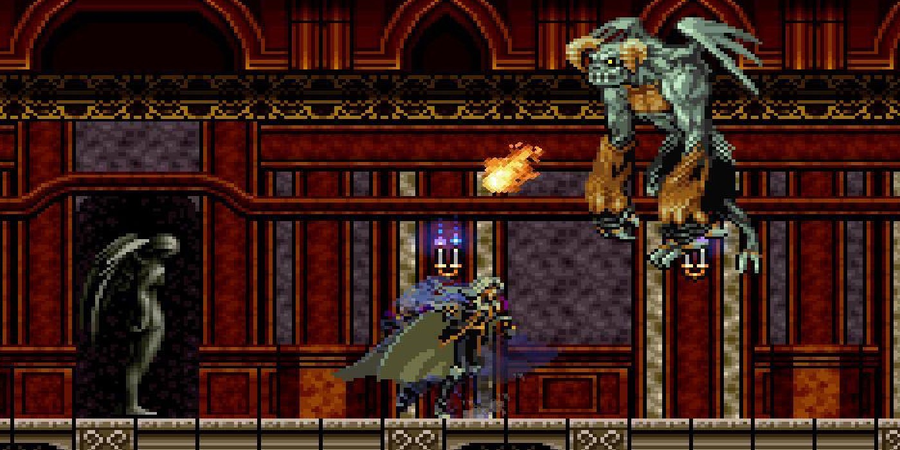 The fact that Castlevania: Symphony of the Night helped spawn a whole sub-genre in its name - well, half its name, at least - indicates its definitive role in the industry.

No other two-dimensional game before was so detailed, nor could any of Symphony of the Night's predecessors match its creepy sense of atmosphere, greatly enhanced by haunting music.

Pick it up… or you won't belong in this world.

Final Fantasy Tactics: The War of the Lions 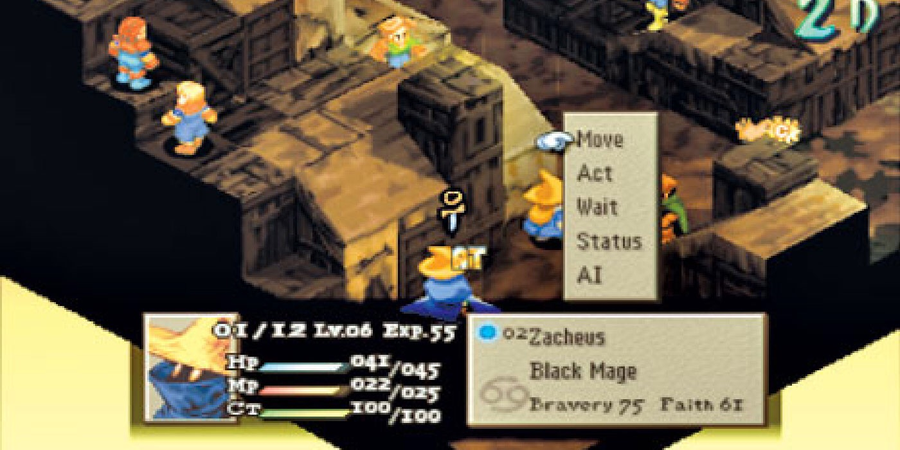 Although you can play the original PS1 game on Vita as well, Final Fantasy Tactics: War of the Lions is the definitive version of Square's isometric masterwork.

With additional jobs, cutscenes, a rewritten script and various other supplementary content, this is the one to get, especially since it costs the same as its predecessor.

The slowdown on spells hasn't been removed, but it's a minor issue in light of the game's many strengths. 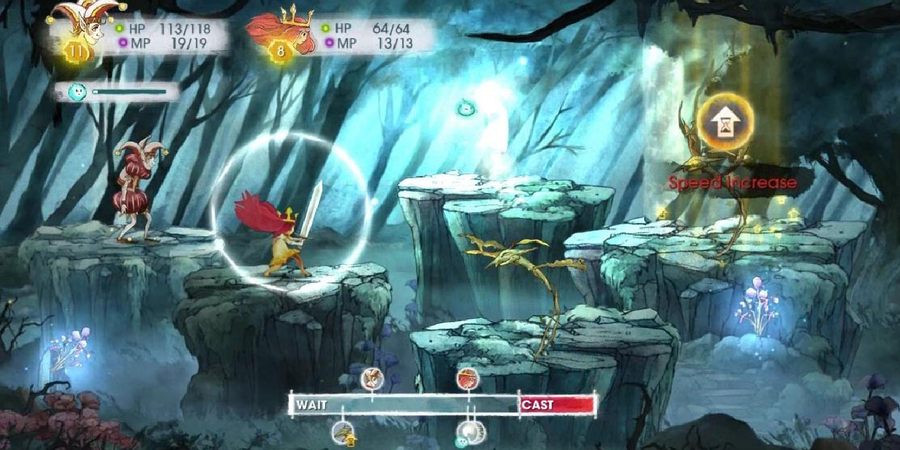 This fairytale-inspired RPG is a refreshing break from some of the headier entries on this list (Vagrant Story, I'm looking at you).

Its battle system is streamlined yet strategic, and its characters are surprising in how they defy convention, which applies to the overarching narrative as well.

But Child of Light's most impressive aspect is its organic visual style, which is downright delightful.

Next Up :
Time Princess takes players on a magical tour of the Louvre in its latest collaboration event

Persona 4: The Golden heading to PS Vita in Europe on February 22nd

These Persona 4: The Golden Vita skins are pretty lovely