Pathfinder Duels is a brilliant game. If you haven't had the chance yet, make sure you check out our review to find out what all the fuss is about. If you're already up to speed, then that's awesome.

What's also awesome is that we've put a good few hours into the game, and we've written up some tricks and tips for players who are just starting out their journey.

If you've got your own ideas to share, make sure you stick them in the comments below. Unless you want to keep them to yourself, which is totally fair.

You'll start off the game with a single hero. Getting to grips with how the game plays with them is a good idea, but after a while you're going to want to experiment with the different characters that the game has to offer.

To do that, go to the tavern section of the main menu. The third tab along is marked Unlock Heroes. Tap on that and you'll see all the heroes. Choose one, and then defeat them in a duel, and you'll now be able to play as them.

When you get new cards, you need to add them automatically to your deck. That's if you want to use them anyway. Think about the style of deck you're building, and what its strengths and weaknesses are.

Sometimes you'll unlock a card that doesn't help the deck you're currently running. If you're trying to overwhelm the enemy with attack strength, then slipping a stealthy spell into the mix might not be the best way to do it.

Experiment, find out what works and what doesn't. And remember that you can have multiple different decks ready to go whenever you need them. 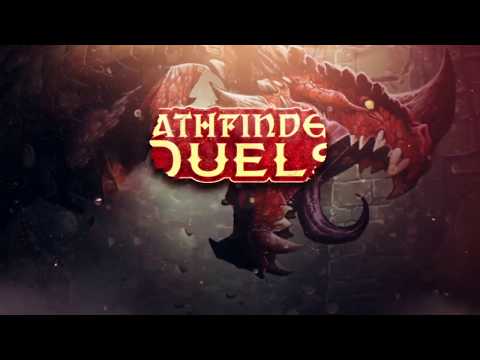 Subscribe to Pocket Gamer on
Not so weak now

A good beginner trick is to find a low cost card that you can get into the fight early and then buff up. The Kobold Battle Leader is pretty good for that. It earns attack power the more damage your hero takes.

Chuck it some new armour with a spell and you can turn a card that costs one mana into an almost invincible killing machine.

A lot of the grey cards you get might seem like a waste, but they're actually great for building up a defensive perimeter around your more powerful cards.

Try and place your important cards behind other creatures. That gives them a chance to wake up without being attacked, and also means they're going to be harder to take out of play once they're up and running.

It's tempting to take the fight online, but if you want to practice then playing the story is a great idea. It lets you get to grips with what other characters can do, and gives you a look at cards you might otherwise not see.

There's also plenty of loot to unlock, which is an added bonus. And make sure you pop into the game every day to get the rewards on offer. Even if you're not planning on having a fight, you can boost your coffers for later.

Click here to read more about some of the best card games for mobile
Next Up :
Coin Master free spins - updated daily links (July 2022)

Pathfinder Duels mixes Hearthstone and Clash Royale, and it's out now for iOS and Android