Goblin it all down 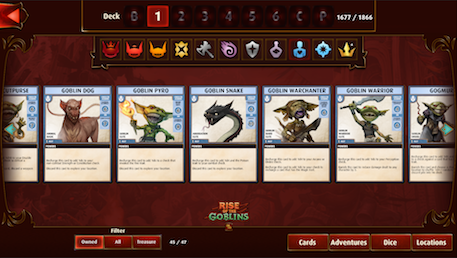 The new update to Pathfinder Adventures, Rise of the Goblins, is out right now on Android, iOS, and Steam.

The new content adds a whole bunch of new stuff to the game. It's an adventure that takes place alongside the original Rise of the Runelords campaign, and sees you playing as the bad guys. Or goblins. Bad goblins.

We really like Pathfinder Adventures here, giving the game a Silver Award when it came out, calling it "a decent digital port that frees players from fiddly overhead, leaving them to admire clever mechanics and addictive gameplay."