With a number of big name franchises making their way to Nintendo Switch for the first time, there’s just one question on everyone’s minds—what about Overwatch? It turns out a Switch version of everyone’s favorite team shooter isn’t just a far-fetched dream.

Gamespot asked Blizzard senior producer Pete Stillwell if Overwatch could run on Nintendo Switch, to which Stillwell replied that it was “feasible”. However, Blizzard is currently focusing its efforts on bringing Diablo III to Nintendo Switch, the first Blizzard game to appear on a Nintendo console in 15 years. 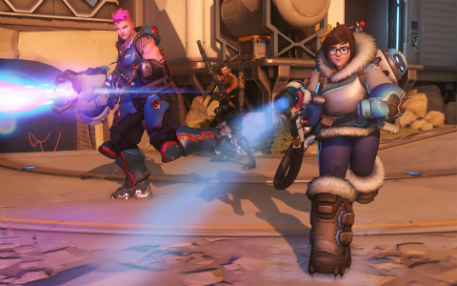 "Anything is within the realm of possibility," Stillwell explained. "Our team was given the task to work on this. If [Overwatch developer] Team 4 picks up that endeavour, that's on them. As of right now Diablo is our only focus on Switch."

Still, with a renewed partnership forged between Blizzard and Nintendo, Overwatch for Switch doesn’t seem so impossible anymore. Diablo III launches on Switch later this year, so we’ll have to see where Blizzard turns its attention next.