All that Wii Sports practice came in useful after all

Think of Christmas parties and a murky world of misused photocopiers and fumblings in the stationery cupboard is often summoned up. Not at Pocket Gamer (or Steel Media Limited, as we're technically known) however.

Instead our festive festivities featured the bright lights and gentle crashing of falling pins as we attempted to roll balls not down the gutters of Bristol Bowlplex.

But competitive sorts that we are, all the scores were tallied up, with major (ahem) prizes for the top three bowlers.

So without further ado...

Despite a technique that veered from top-notch to dramatically off course - something that resulted in his obvious surprise - Game Press' Steve Owen snuck in at third place. And doesn't he look pleased? 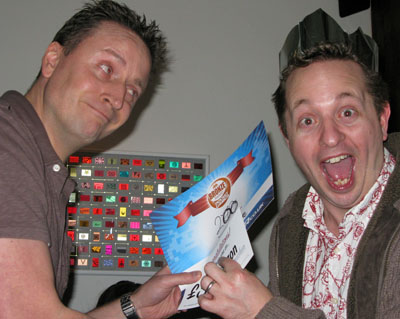 Much more dignified was the reaction of Mister Mobile Gaming - or Stuart Dredge - as we like to call him. His arm movement was a steady and unflappable as his reportage. 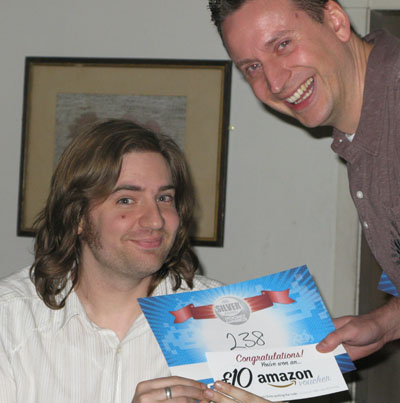 But in like a strike at the top of the table, was our brand new, 'if it's not nailed down I'm going to sell it' salesman Alex Rennie.

Why is he not looking excited to be crowned Pocket Gamer's best bowler, you're asking? Of course, true professional that he is, he's actually doing a deal with someone just off camera to swap his Amazon voucher for options in one of those Nigerian hedge fund thingies. You can get a lot of Nigerian hedges for £20, or so he told me. I've got a couple of miles of them myself now. Thanks for the tip Alex. 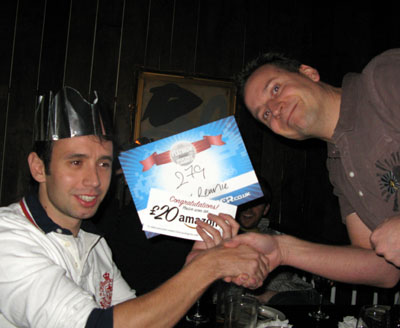 And as for all the ladies asking about that handsome man handing out the prizes, that's Santa's little helper aka as our creative director Jez Bridgeman. He also does birthdays.