In pictures: The Nintendo 3DS midnight launch around Britain

The Pocket Gamer team ventures out into the night and takes photographs of 3DS queues. Submissions welcome 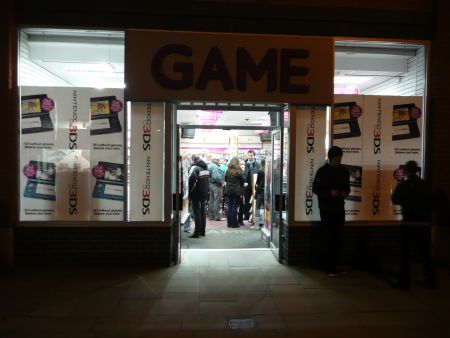 GAME in Durham. This was supposed to be a picture of a queue, but by the time I arrived the shop had already opened and everybody had gone inside. Thanks, GAME in Durham. 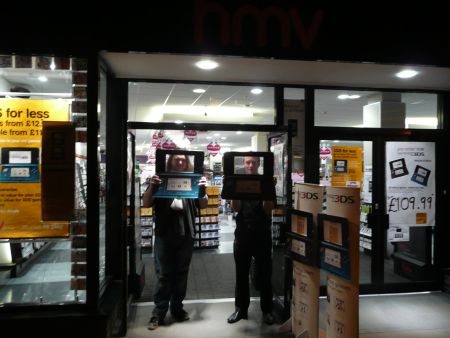 HMV in Durham, failing to attract the same number of customers as GAME. The staff lift their spirits by pretending to be in 3D. 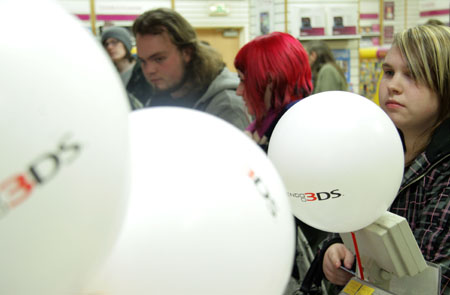 There were plenty of happy people and balloons in GAME Manchester (technically one of two GAME stores in the Arndale Centre). 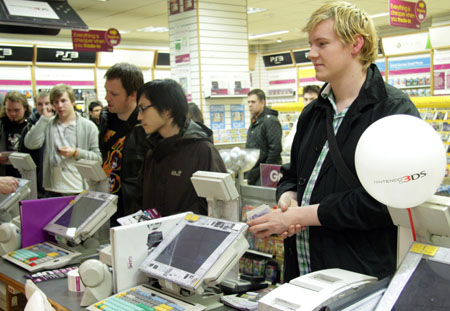 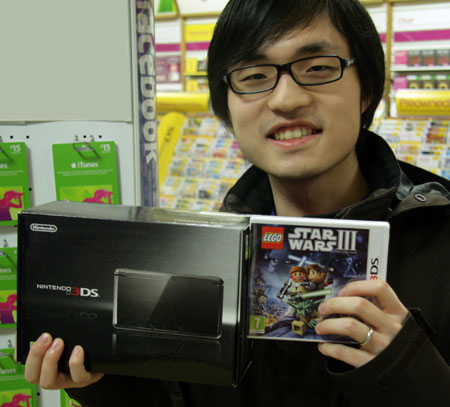 A rare choice of a black 3DS with a more popular choice - LEGO Star Wars III. 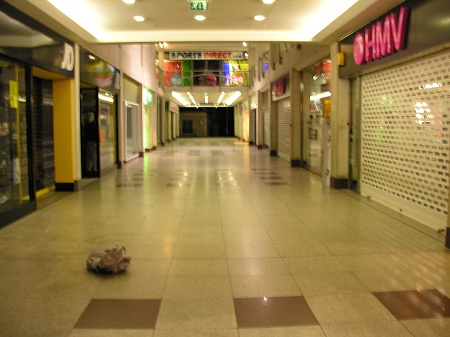 Moments before this image was taken, over a thousand expectant shoppers eagerly awaited the launch of the 3DS outside HMV in Cambridge.

Alas, Will forgot his bag was forged from the threads of Chronos himself, and it accidentally sucked everyone into its bottomless multi-compartments and drinks holder before he'd finished setting up the flash. 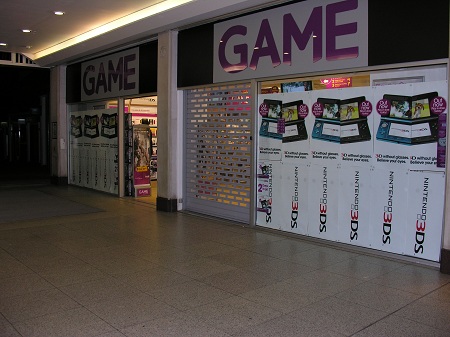 Those that managed to claw their way into Game before the jaws of time tore their mortal coil from their bodies were treated to bright lights and relatively low-key banter. 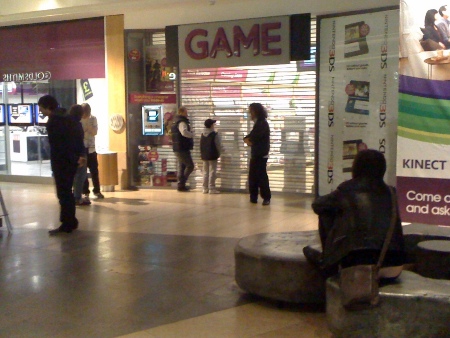 GAME, Bluewater. Every year, 27 million people pass through these hallowed corridors. Here are seven of them.

The man seated on the right may well be the coolest bloke I've seen in days. Hell, months. 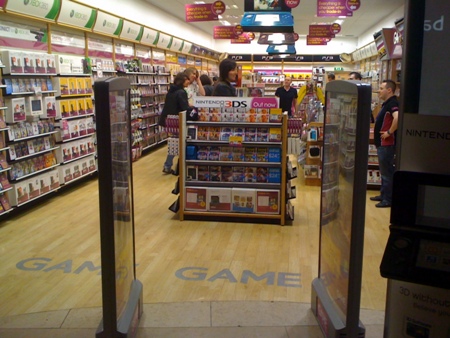 GAME, Bluewater, again. This mindless chitter chatter between staff and eager punter went on for 17 minutes.

During this painful ordeal, I wandered off to the local Apple Store...

...whereupon I bumped into these friendly chaps, waiting in line for iPad 2. 17 hours early, no less. Bravo. 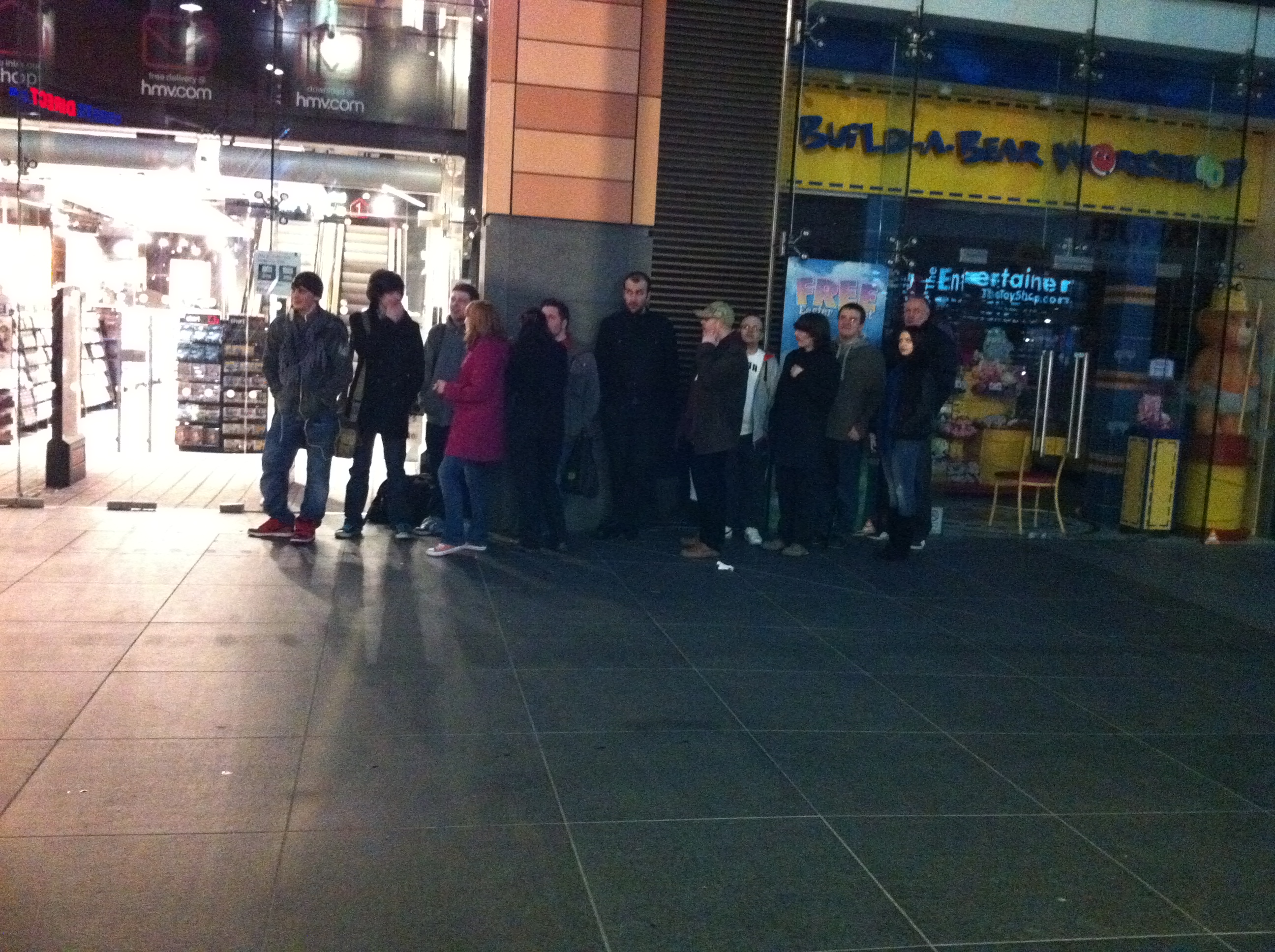 HMV in Liverpool. A measly 13 people ventured out into the night for free pizza and laughs at HMV's Liverpool One store. 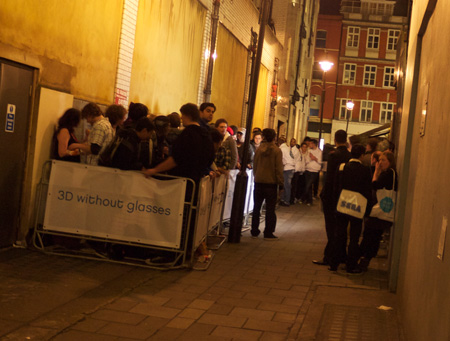 As the nation's flagship midnight launch event, the queue at London's HMV Oxford Street formed early. It initially took shape at the back of the store - out of public view, but overlooked by a pub garden and its collection of highly critical patrons. 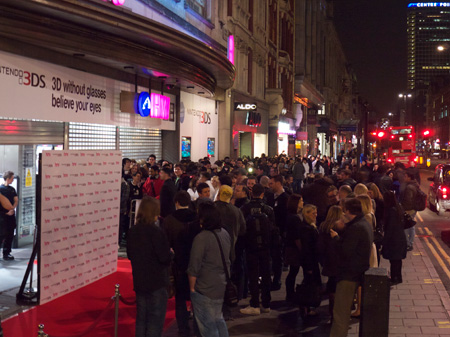 Eventually when the crowd grew and the streets were quieter, everyone was herded to the front of the store for the grand opening. HMV was by far the busiest of the Oxford Street midnight launches. 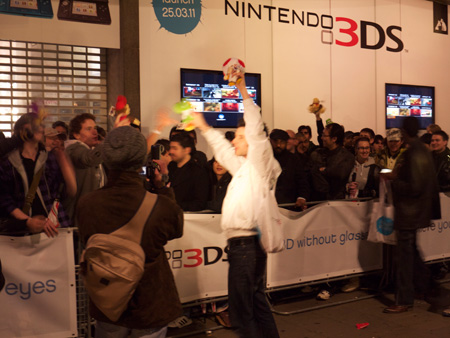 Cuddly toys were given out to - from what we could tell - those who shouted the loudest. A cunning trick to keep excitement and anticipation levels at their highest. 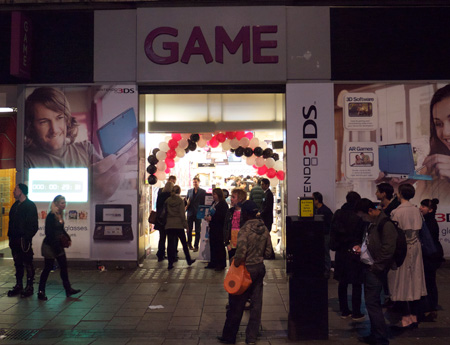 GAME Oxford Street also opened, and made a reasonable attempt at stealing some custom from the nearby official HMV launch. 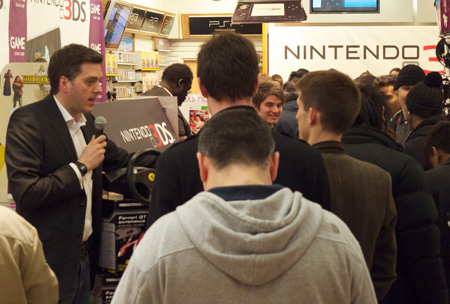 Unlike HMV, GAME had the doors open early and the queue formed inside all the way through the shop. GAME also hired TV and Radio comedian Iain Lee to entertain the crowd. He's the one on the left. The man with the mic. 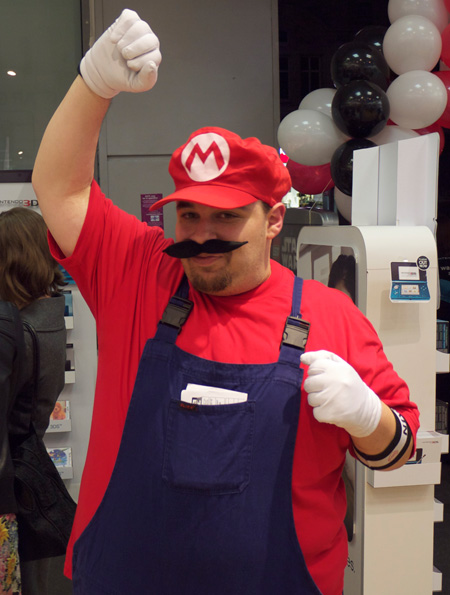 And Mario was there! Well, a man sort of dressed like Mario. We assume his appearance wasn't a coincidence. He sounded quite a lot like the real thing, which unfortunately this picture isn't able to convey. 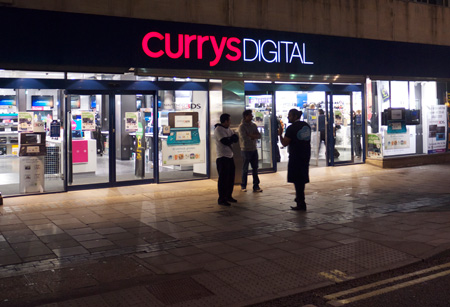 And last and very much least, on our way back to the tube we noticed Currys Digital also opened, although we've no idea why. We asked if we could take some pictures of the inside, but they refused. It was all a bit awkward.

Got any 3DS pictures? Send them to rob [at] pocketgamer.co.uk.
Next Up :
Tribal Legends is a match-3 puzzler with dinosaurs out now in the Philippines on Android