There are people who'll tell you that mobile games are empty things, that they do away with emotion in the scrub for cold hard cash. You should show those people Opus: Rocket of Whispers.

It's an adventure that tugs on the heartstrings, dealing with topics as large as loss and death, and telling a story that's as intriguing as it is engaging.

It's not straightforward, it doesn't hold your hand, and it's worth every single penny that it's asking for.

The game is set on a planet that's been ravaged by plague. The population has been all but wiped out, and the world is now full of ghosts.

Normally these ghosts are sent to the cosmos in rockets, but there's no one left with the skills to build them. So it's up to you and a so-called witch, part of the caste who used to guide the rockets, to create something that can do that. 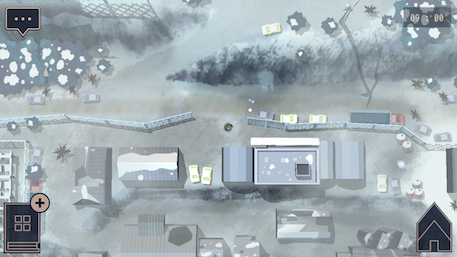 You play as a character named John, who can see and interact with the ghosts. The witch, Fei, was in hibernation when the plague hit. The relationship between the two of them forms the core of the experience.

The game is split into a number of different sections. Sometimes you're wandering around the wintry wasteland, collecting items that you need in order to build a rocket.

Other times you're conversing with Fei, or putting together the things you've found in order to create items you can use to open up new areas.

There's a point and click feel to things, but there's more going on here than that. There's a survival beat, and the structure is somewhat reminiscent of a metroidvania. 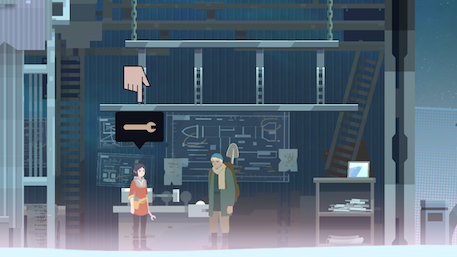 Opus: Rocket of Whispers is a brilliantly well thought-out game. Its pieces all fit together in meticulous and entertaining ways. And it never fails to surprise either.

If you only buy one game from the crop that came out in the last couple of days, then I urge you to make it this one.

A deep and moving adventure that you should pick up and play this second
Next Up :
REDMAGIC 8 Pro review - "A beast in performance, but not without growing pains"