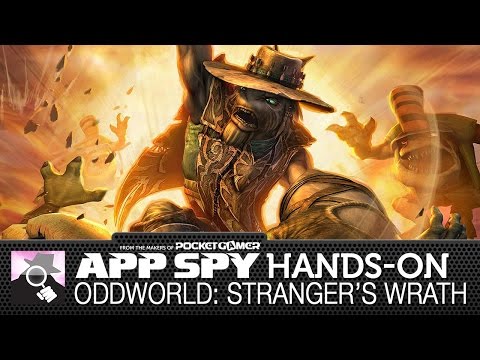 Oddworld: Stranger’s Wrath is out now on the Google Play Store. I don’t think it’s a very good port, with sloppy touch controls that make everything far too fiddly. You might disagree. That’s fine, we can still be friends.

The game is a mobile version of the classic action adventure game that first came out on the original Xbox. You play a bounty hunter who stomps around an open-ish world, shooting bad guys and sucking them into a bounty hoover.

The iOS version felt clunky thanks to some poor touch controls. You can see the brilliant game underneath, but you just can’t seem to get it.

If you want to give the Android version a try you’re more than welcome to click the link underneath this paragraph, but consider yourself warned.

Oddworld: Stranger's Wrath is on sale right now at 33% off

Oddworld: Stranger's Wrath is on Android through the Amazon Appstore