We were originally told by Oddworld Inhabitants to expect Oddworld New 'n' Tasty - the remake of the first game in the series - in the spring of this year.

We're approaching winter now and the game still isn't out. So what's up?

The developer took to its blog today to explain the delay, which applies to not just the Vita version of the game, but all the rest except the already released PS4 version.

"Fitting the expansive worlds of Oddworld: New ‘n’ Tasty into the PlayStation 3 and PS Vita has proved to be something of a challenge," the developer said.

The main issue has been the limited RAM of the Vita, which means some of the bigger areas have had to be broken down to fit.

On top of that, some of the visual effects, lighting, and animation aren't quite up to scratch yet.

Further, while the game is running at its native resolution on Vita, apparently it comes with "some degree of difficulty". 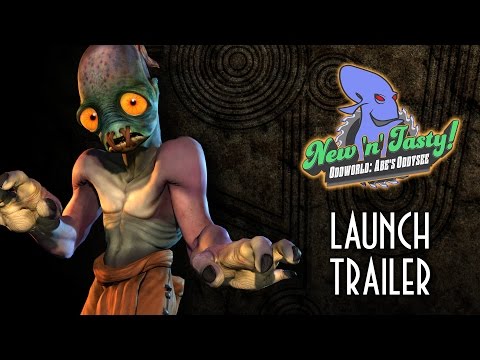 Oddworld Inhabitants closed by stating that being a small studio means that it doesn't have the ideal number of staff at hand to dedicate to each version of the game.

As an extra, the studio also said that Munch's Oddysee HD for Vita is in the final stages of QA. It also noted that the Stranger's Wrath port for mobile is due very soon.

As to New 'n' Tasty's arrival on Vita, a potential release window wasn't given so as to not get any hopes up.