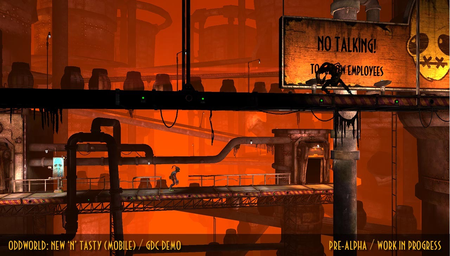 Oddworld Inhabitants is experimenting with bringing Oddworld: New 'n' Tasty! to mobile, and showed an early test demo of the game running on an NVIDIA Shield tablet to some attendees at GDC.

This is a remake of oddball PS1 cult classic Oddworld: Abe's Oddysee, but the entire game has been remade from scratch. The design and structure is the same, but the assets are all new. 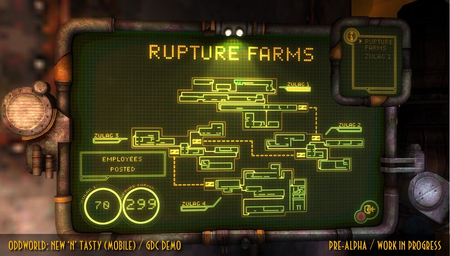 It's still about a Mudokon called Abe, who solves puzzles to save the slaves from the zulags of a meat processing plant. He can talk to and direct those workers, and can possess some enemies with a magic chant.

The studio says it is "currently experimenting with the viability of, and potential for a mobile device version" of the game, but says it has no particular platforms, dates, or prices in mind. 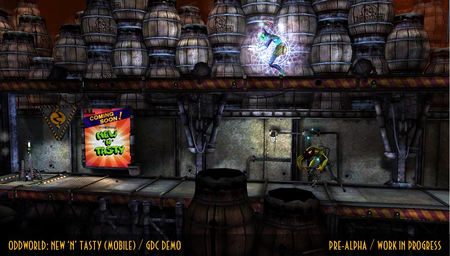 Still, the demo we saw was pretty impressive - the Android port took less than a week to make but already had all the graphics and gameplay of the console game, and didn't look too far off the lavishly-polished PS4 version.

"Should we proceed," says Oddworld Inhabitants, "we would stress that the development and timing of already announced but yet unreleased versions of Oddworld: New 'n' Tasty would not be affected by the development of such a mobile version." 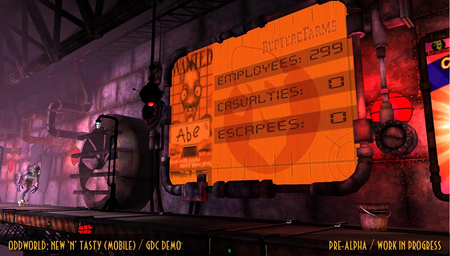 Anyway. Would you buy New & Tasty if it came to mobile? Let us know in the comments below, to maybe nudge Oddworld Inhabitants in the right direction…