Objects In Space is a "modempunk stealth space-trading game" in which navigation and combat is modeled after submarines rather than fast-paced dogfights. 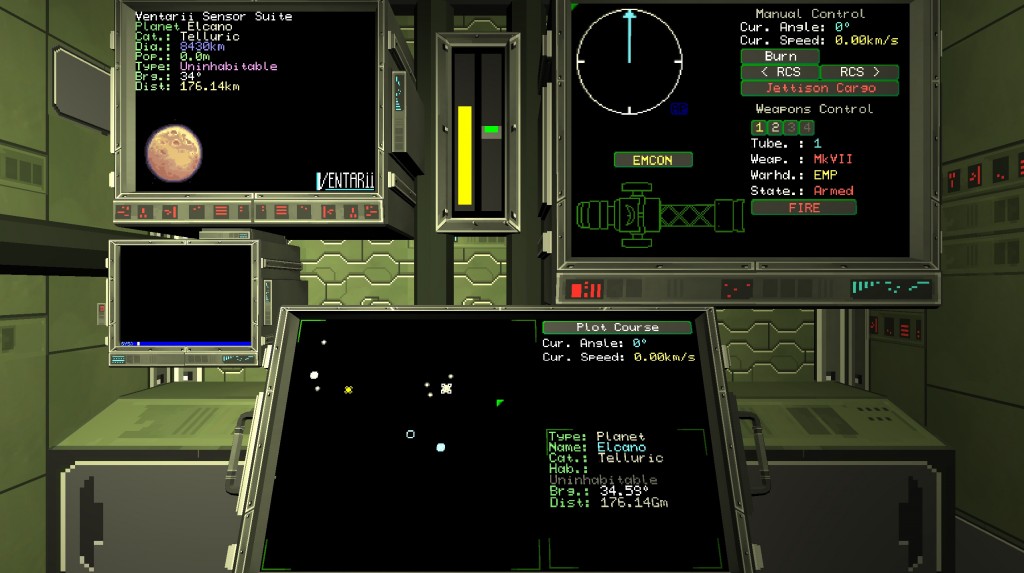 Set in the Apollo Cluster light years away from Earth, you’re the one-man crew of a space freighter trying to make a living in a world rife with pirates, criminals, and other factions.

Events and encounters are experienced through text and messages, allowing for an expansive world brought to life through news reports, poetry, and conversations.

Objects In Space has a distinctively low-fi aesthetic, meaning your ship is controlled through beeping monitors, switches, and consoles, and combat is a slow strategic affair between targets that are millions of miles apart. 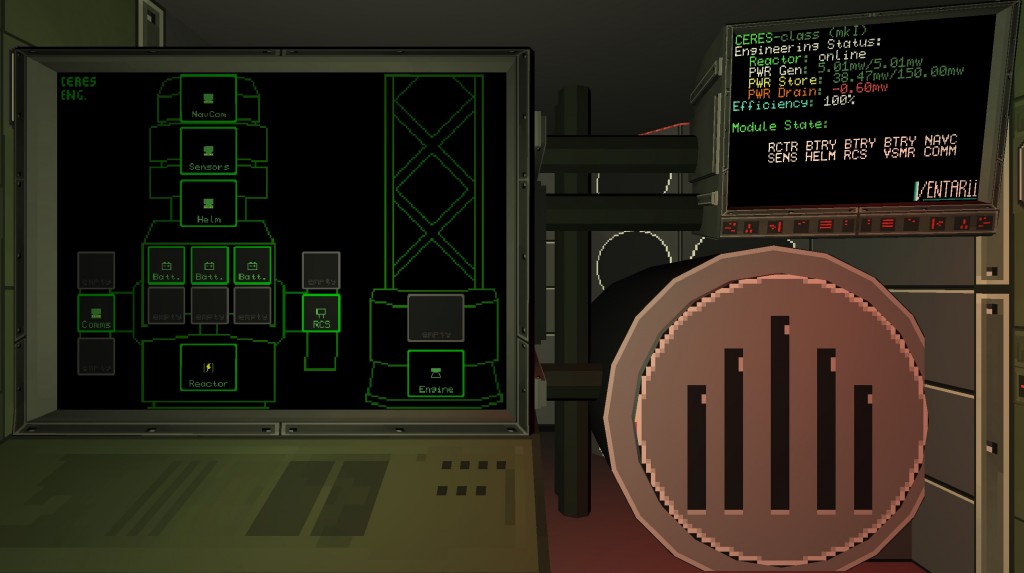 This element is most prevalent in Objects In Space’s distinct submarine-esque combat. You’ll need to carefully watch sensors for signs of magnetic and radioactive emissions to pinpoint enemy locations, use asteroid fields and nebulas to mask your ship’s energy output and distort enemy sensors, or go dark to stealthily re-position.

In-depth ship customization will allow you to design your freighter down to the chassis and individual components, from solar-powered engines that are ideal for stealth to fast-charging jump drives for quick escapes. 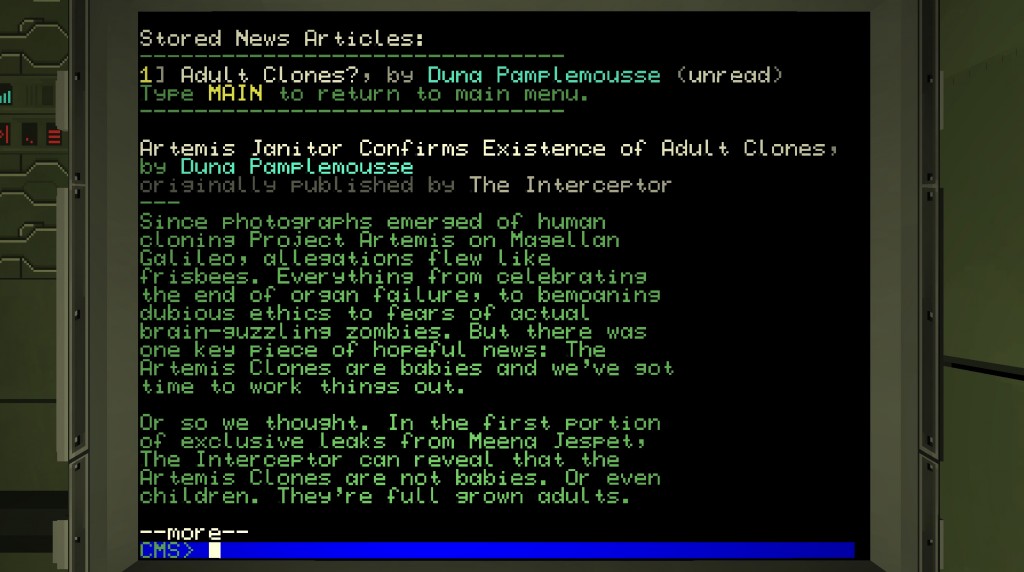 Objects In Space will release in early 2016, first on PC, Mac, Linux, and then shortly afterwards on iPad. More details on the gameplay and universe can be found on the game’s website.
Next Up :
MLB Perfect Inning 2022 adds in-game content to coincide with MLB rule changes for 2022