Pandada Games has officially announced that the pre-registration period for Ninja Must Die is now open, letting players get first dibs on the game as soon as it launches. The game has had a tremendous success in East Asia with more than 100 million downloads and was featured on both the App Store and Google Play.

This action-packed title combines side-scrolling elements with fast-paced and frenetic combat as players run, leap and parkour through visually stylish levels. It’s the ultimate adventure that promises to offer a never-seen-before mobile experience to players worldwide.

In Ninja Must Die, players can look forward to marvelling at the jaw-dropping aesthetics that boast meticulously detailed brushstrokes in 2D and 3D, adding to the overall feel of the ink-themed characters and lush landscapes. All these are complemented by the ambient BGM tracks of over 40 original scores that serenade players in the background to fit every mood. 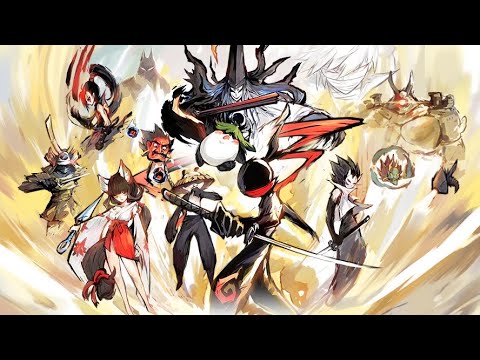 The game also features larger-than-life boss fights as well as a variety of unique characters each with their own skills in combat. A diverse roster of weapons and relics spice up the gameplay as well. For instance, the Fire Bansho Fan unleashes devastating damage on unwitting foes, while the Thunderbird Scroll allows players to cross barriers in a pinch. Players can dive into the 3v3 co-op multiplayer mode for a more social experience as well.

The Closed Beta Test is currently ongoing, along with pre-registration where milestone rewards are up for grabs depending on the number of sign-ups.

What's A Preferred Partner Feature?
From time to time Steel Media offers companies and organisations the opportunity to partner with us on specially commissioned articles on subjects we think are of interest to our readers. For more information about how we work with commercial partners, please read our Sponsorship Editorial Independence Policy.
If you're interested in becoming a Preferred Partner please click here.
Next Up :
CarX Street, a brand new open-world racing game, launches onto iOS