New Star Cricket review - Another sport gets the Star treatment

I don't like cricket. But I absolutely adore New Star Soccer, as any right-minded mobile gamer should.

Which explains why I greeted New Star Cricket from the same developer with open arms. Or rather, cupped hands.

Just like NSS, NSC puts you in charge of a single sportsperson's career, from the regional lower leagues to the big time. This involves overseeing key moments in individual matches and taking care of the stuff in between matches like training and renegotiating contracts.

It's the matchplay that forms the meat of the experience, and it's a far more fractured, convoluted, phase-based experience than New Star Soccer. Which you would expect given the nature of cricket.

There are five distinct phases. Batting most resembles NSS, as you need to set the direction of your stroke and make clean contact with a bouncing ball. It's no coincidence that it's the most satisfying part of the game.

The other phases aren't quite as interesting. Bowling requires you to impart spin on the ball and flick it at a seemingly unguarded wicket (or towards a fielder). Catching is the most simplistic, disposable phase, simply requiring you to drag some hands over the incoming ball. 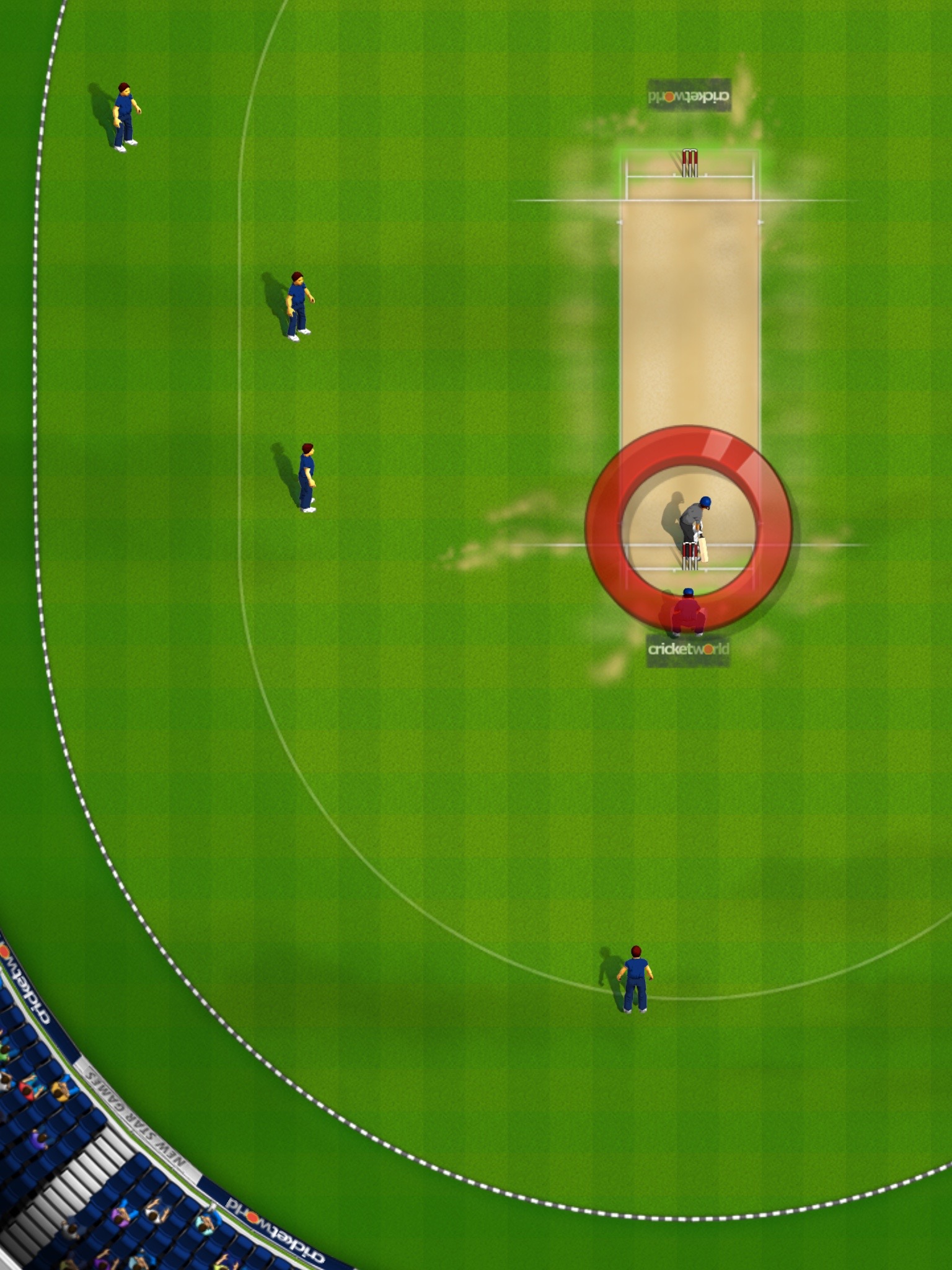 Running is a simple screen-swiping exercise - though you also need to judge whether you can squeeze another run out of the process. Fielding is a mix of screen swipes and fine aiming.

While each of these match phases is fun, they don't quite gel into a completely satisfying whole. You may point to my cricket antipathy as a contributing factor here, but I'd counter by saying that Big Cup Cricket did this kind of casual cricket thing better six years ago.

It also feels like a lot of the match is played without you - which, inevitably, it is. You can spur your team on with aggressive batting, and if you turn in a star player performance you can pretty much guarantee your team will win, but I still felt a little removed from the result.

Conversely, there's far more of a tactical element to matches. Making a mistake in the batting phase ends your chance to influence the match, so every swing has an extra sense of risk to it, and the option to play conservatively is a valid one. 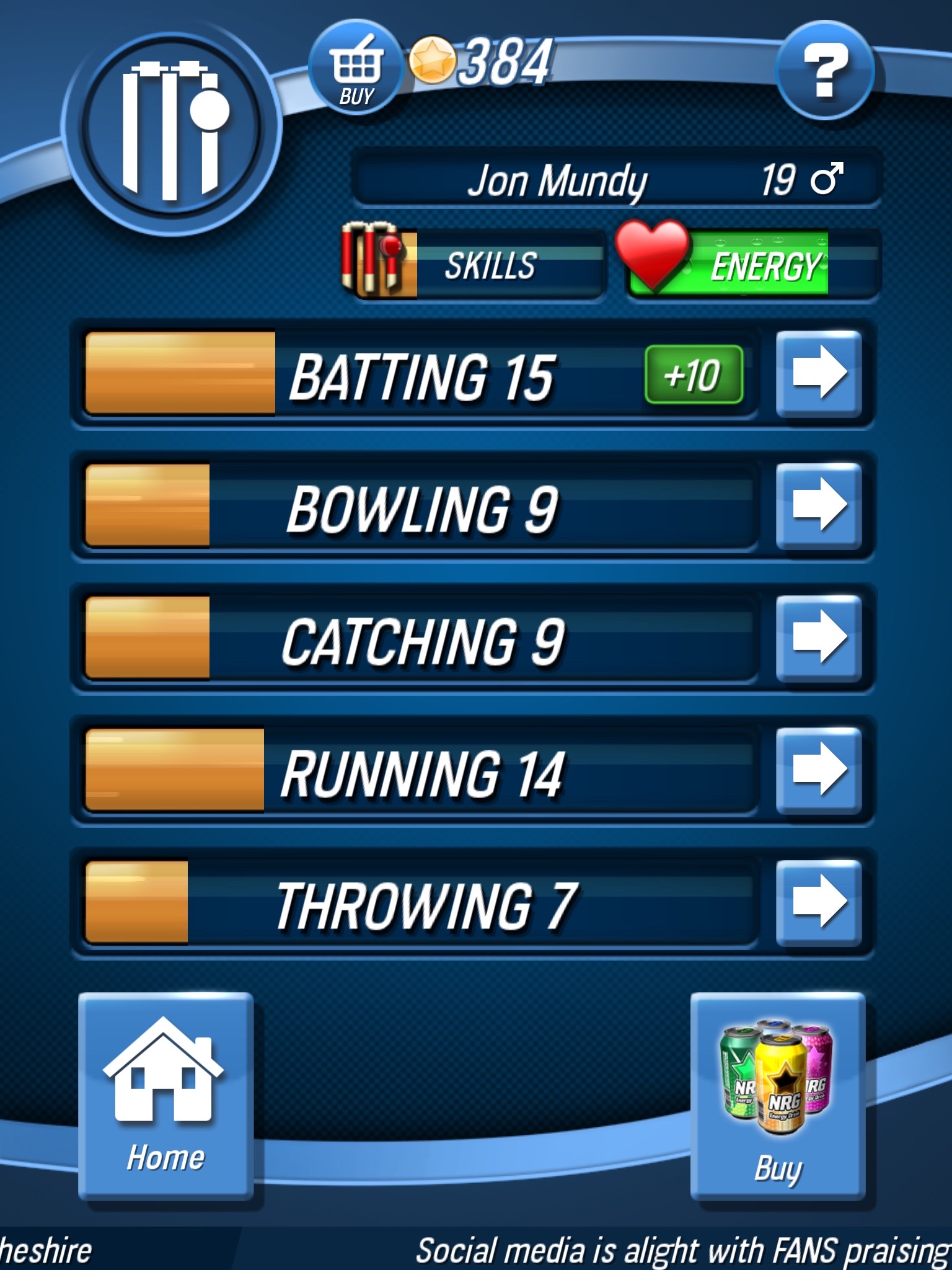 If you're a cricket nut, then New Star Cricket is an obvious purchase. It's got much of the charm of New Star Soccer, but with more varied, phase-based matchplay.

It's also another fine sports game that even non-sports fans can appreciate. However, its core sporting action isn't quite as consistently entertaining, rewarding, or just plain moreish as its pig bladder-kicking stablemate.

New Star Cricket review - Another sport gets the Star treatment

It's New Star Soccer for cricket fans, although New Star Cricket's phase-based matchplay isn't quite as consistently entertaining as that sporting great.
Next Up :
Roller Drama review: "Scheme with your team, skate great"

Dragon Quest The Adventure of Dai: A Hero's Bonds is ending service in a few months