Death is never far away in Neo Scavenger. Be it deadly confrontation or just bleeding out from an untreated wound, you're going to die a lot in this survival roguelike.

While the controls and steep learning curve can often be frustrating, the challenge, depth, and atmosphere shine through for those willing to persevere.

Neo Scavenger waits no time dropping you into its harsh world. Moments after waking up from your frozen sleep, you're facing a monstrous threat, that you can deal with in myriad ways based on your traits.

It's a nice introduction to Neo Scavenger's RPG elements and depth. A strong character could defeat the beast in hand-to-hand, a hacker could force the room's door shut, the stealthy tracker could hide, and so on.

It's a microcosm of the game's text events and interactions, which let you use your skills and items to handle situations in different ways. 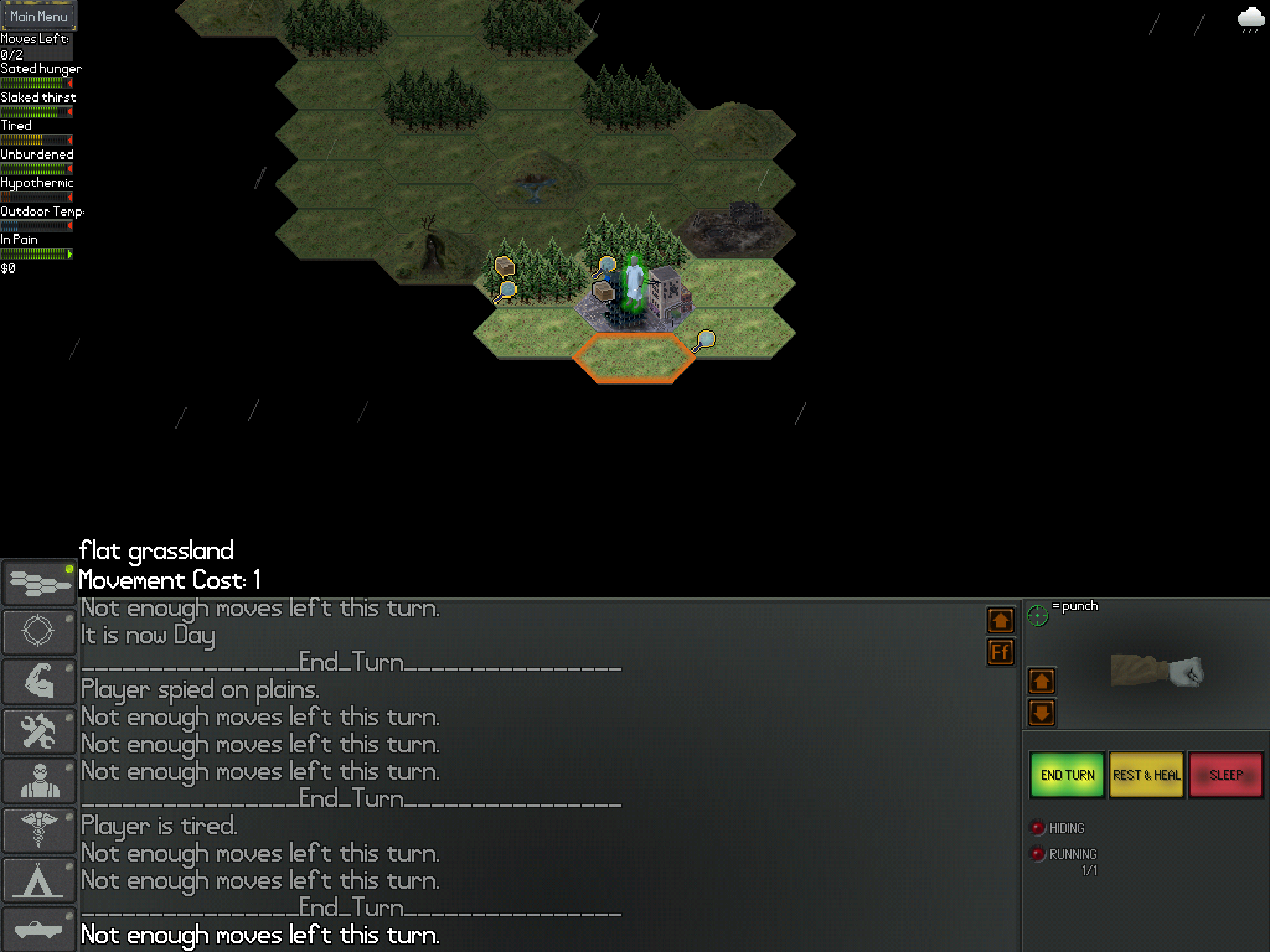 Outside, you'll need to explore and survive the forests, the ruined apartment blocs, and the futuristic cyberpunk metropolis to the east.

Turn-by-turn, you scavenge, travel, sleep, rest and heal, hide, cover your tracks. And all while managing your wounds, hunger, and health.

Being relatively realistic, an untreated cut can get infected and kill you. Sleeping out in the elements without a sleeping bag or warm clothes will likely result in dying from hypothermia while you rest.

Oh, and getting stomped on the skull by an assailant usually ends with severe brain trauma.

You'll probably suffer numerous deaths from exposure and grievous wounds from fights early on. But in true roguelike fashion, every death is a lesson in the game's systems and teaches you to play more effectively.

Alongside the deep crafting and survival mechanics, Neo Scavenger's combat is perhaps its most impressive and thrilling element.

You never see an animation, but the combination of flavour text, status effects, and combat options makes every fight feel like a ruthless desperate fight taken from the pages of The Road.

You can hide and ambush, smash an enemy with a bottle and then use the broken shards as shivs, tackle enemies and kick them while they're down, bluff with an empty gun to make enemies surrender, attempt to talk with your attackers, or just run away.

Your traits, gear, health, the time of day, the terrain and location all affect what you can do and how effective your actions will be. 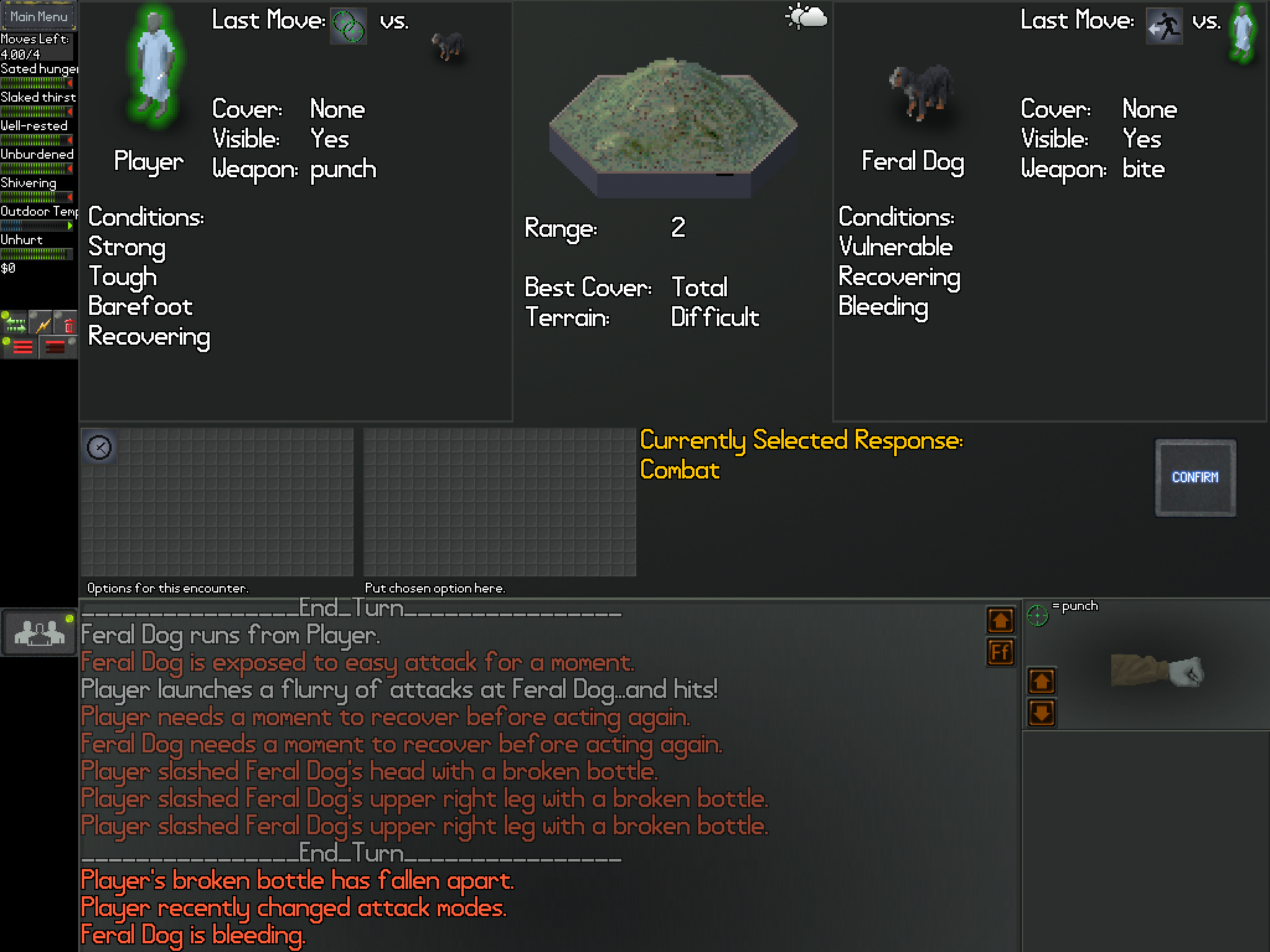 You can zoom in to make tapping buttons easier, but the menu-heavy design, the lack of a dedicated tutorial, and the many small items in your inventory often prove to be a challenge to interact with.

It's a UI designed for a mouse and keyboard, and the translation to mobile isn't entirely successful.

With its harsh difficulty, its roguelike design, and complex systems to learn, Neo Scavenger's appeal might not be apparent from the start.

Even those interested may be put off by the unintuitive controls and lack of guidance.

But sticking with Neo Scavenger reveals a roguelike and RPG unlike many others on mobile in its realistic approach, its brutal world, and intricate mechanics.

Get past its learning curve and janky menus, and you'll find a realistic, ruthless, and rewarding survival roguelike
Next Up :
Happy Game review: "Don't worry, be happy?"

Endure bandits, monsters, and hypothermia in survival roguelike NEO Scavenger, out now on iOS and Android