The semi-full 2K experience on your phone

NBA 2K20 is the latest NBA 2K game that is available for mobile. This is not to be confused with NBA 2K Mobile, which has become one of the most popular sports games on iOS and Android. This game is essentially like the full NBA 2K experience but watered down a bit to run smoothly on mobile.

It really is very similar to older games in the franchise such as NBA 2K14. From the player movement and graphics, it does seem like a reminder. But this mobile version of NBA 2K20 features a simplified MyCAREER mode as well the iconic Blacktop mode and Season modes.

Where's 2K21 on mobile you ask? Well, there's no word (yet) on if they plan on making a mobile edition for this year's game. With it just being released on the PlayStation 5 and Xbox Series X/S, there could be a delay in developing for mobile, if they are planning on doing it anyway. In the meantime, you can enjoy NBA 2K20 which has very good quality on mobile, and here are a few tips for you when hopping on the court.

Try Driving to the Hoop Early On 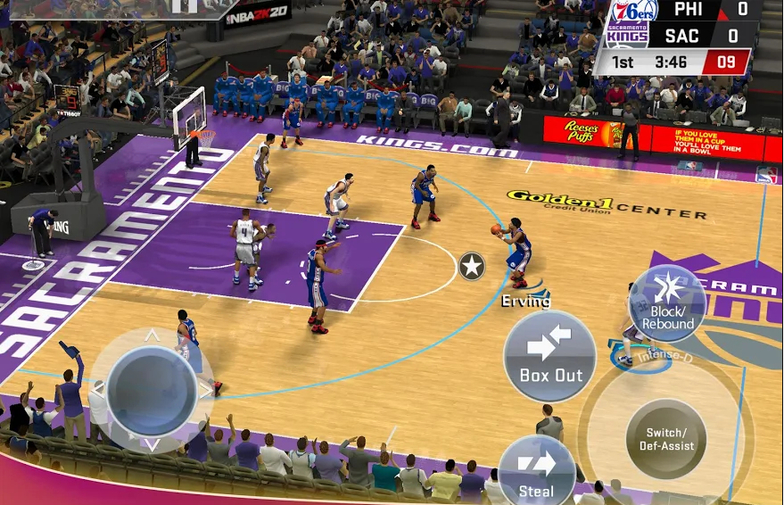 In NBA 2K20, the three-point shooting can be slightly tricky early on. It might be good to start off (at least for one game or two) by getting your points in the paint. Find the big man on the interior and score with him, or drive to the basket yourself instead of firing a three.

This also kind of depends on what team you're using. If you're playing with a team like the Golden State Warriors, then you'll have an easier time knocking down threes with Stephen Curry and Klay Thompson (who's healthy in the game).

But with that being said, if you have the chance to make your way to the hoop, then this may be the safe way to play offense at first. Once you start to get comfortable with your jump shot timing, then you can definitely try and fire away from downtown.

Move The Ball Around

If you're new to the mobile NBA 2K experience, then it's good to try and pass the ball around a bit before firing off a shot. This seems obvious, but many times, gamers will tend to try and score with just one specific player and hardly pass the ball.

Kind of going along with what we talked about in the last slide, if you have a good, solid big man on your team, and if he's in the paint, then feel free to dish him the rock. From there, attempt a smooth inside shot and if the matchup if weaker, then you should have a pretty easy bucket.

After a while, once you get used to the controls, then you might want to run isolation with your best players if you feel it's necessary. But in the meantime, try and have fun and get creative passing the ball around, and see what nice plays you end up creating.

One nice thing that comes in handy when playing NBA 2K20 on mobile is that auto-defend button that's on your screen during games. You can defend on your own, using the on-screen analog stick as well. That said, if you're struggling with guarding players, the auto-defend is the way to go.

It's not perfect by any means, but it certainly gets the job done when you just want to stay in front of your man on defense. Be careful when holding it down on the interior though, as sometimes the player will stand in the paint, and if you stand too long, you get a violation.

Also, definitely try to go for some swipes at the ball when the time is right. All you need to do is quickly slide your thumb or finger towards the steal button and then bring it back to auto-defend. For a game that seems sophisticated at times on mobile, this is an excellent way to help you on the defensive side of the ball which is not always easy.