Aksys to unsheathe Muramasa: The Demon Blade in North America

Amnesiac swordsmen and possessed princesses are coming to North American Vitas, thanks to the upcoming localization of Muramasa Rebirth.

Siliconera reports that Aksys will publish the US release which is a port of Muramasa: The Demon Blade, an action RPG released on the Wii in 2009.

Muramasa Rebirth follows the story of Kisuke, a fugitive pursued for a crime which he no longer remembers, and Momohime, a princess possessed by the spirit of a crass swordsman, as they adventure across Edo-era Japan to clear their names (and, um, souls).

Four swords to rule them all

In addition to the main storyline of Muramasa: The Demon Blade, Muramasa Rebirth will also feature four additional storylines for players to experience via DLC.

Each of these scenarios feature a new character for players to control like the two-tailed cat girl Nekomata Okoi, the ninja Arashimaru, and country bumpkin Gonbee.

Muramasa Rebirth will launch in Japan on March 23, but there's no firm date yet for the North American release.

Similarly, there's no news on when or if Muramasa will see a European Vita release but we'll keep you updated if that should change. 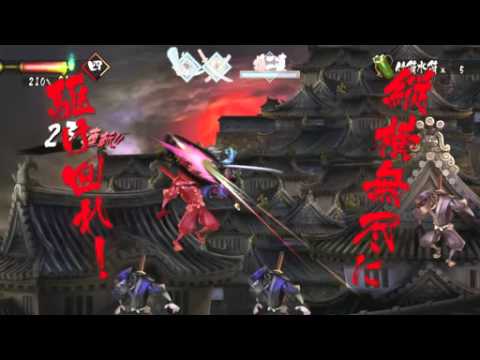 Muramasa Rebirth's first DLC is out in the US, coming to Europe next week