Those that venture regularly into the land of MU Origin have plenty to look forward to from today, as new modes, systems, and events take effect in its latest update - the second major update for Webzen’s popular MMORPG this year.

First up to the plate comes in the form of MU Origin’s all new all-server event – Battle Core. This can be entered daily during the afternoon and evening and sees players of equal match competing to reach 1,000 points the fastest. If you’ve ever found yourself frustrated at being beaten from pillar to post by players that are just far too advanced in level, then this will be the perfect antidote, and will offer lashings of EXP, fame points, and achievements.

Helping players to further keep their competition game up, is new PVP mode Battlefield of Heroes which also makes its first-time debut in Mu Origin’s update 1.7. Letting up to a whopping 100 warriors enter the battlefield at any one time. The result? Immense 50 v 50 group battles of glorious sword-swinging, spell casting action which can be accessed every Tuesday and Friday.

Alongside the two new reward-inducing modes, the latest update also brings with it a suite of new systems to sink your teeth into. The most prominent of which are the Soul Stone and Relic system’s - which lets players for the first time apply elemental stats to chosen characters, as well as letting you boost your stats using items obtained in the new battle modes. 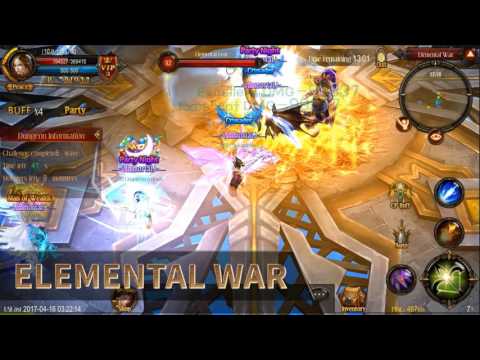 Naturally, a slew of minor tweaks and fixes also sneak their way in with the update, resulting in the most refined MU Origin experience yet. Fancy your chances? The new content is free to experience from today on iOS and Android.

What's A Preferred Partner Feature?
From time to time Steel Media offers companies and organisations the opportunity to partner with us on specially commissioned articles on subjects we think are of interest to our readers. For more information about how we work with commercial partners, please read our Sponsorship Editorial Independence Policy.
If you're interested in becoming a Preferred Partner please click here.
Next Up :
Horizon Chase Mobile Edition's new China Spirit DLC features new tracks and the Lightning car, available now