The Motorsport Manager series are some of the best sims available on mobile - we've loved every single one of them, and they only get better with each new edition. And now Switch players are getting the chance to enjoy them to, with a new version of the game headed to Nintendo's console on March 14th.

It's the same Motorsport Manager experience you've come to expect - you'll be hiring drivers, engineers, and more, getting sponsorship deals, improving your facilities, and getting involved in just about every aspect of the motorsporting business.

Only this time, the game has been rebuilt for the Switch with some neat new additions. That means you can expect a new set of controls to accomodate the Joy-Cons, as well as beefed up graphics and 3D cars. There's also a new circuit in New Zealand exclusive to the platform, plus a night race in Singapore to look forward to. 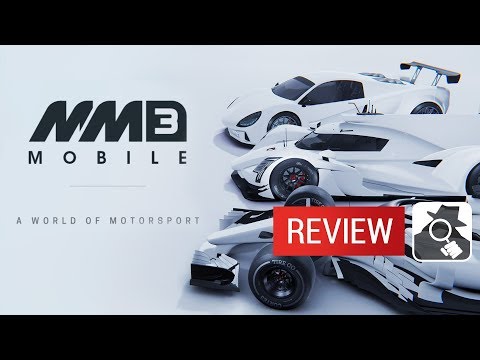 On top of all that, you can also customise every detail of the game to your liking - you can change your team name, the names and personalities of your staff, and even the livery of your cars using the Game Editor, which is pretty dang neat.

Essentially, it's a beefed-up version of Motorsport Manager 3 Mobile, except on a bigger screen and with new controls. And there's nothing wrong with that - the mobile release scored a Gold Award from us when it first launched.

Motorsport Manager for Switch is landing on March 14th, but you can wishlist the game right now if you want to. Or you can grab Motorsport Manager 3 Mobile on Android and iOS right this second if you've not tried it before.

Next Up :
Fortnite has dropped a teaser for upcoming collaboration with Dragon Ball that will go live soon