A quick look at a delicious port

We love the Motorsport Manager series. The trilogy of games released so far have simply gotten better and better, and represent some of the best simulation action on mobile.

We already reviewed Motorsport Manager 3 Mobile - and we absolutely bloody loved it - but we also wanted to check out the Switch edition and see how it differs. 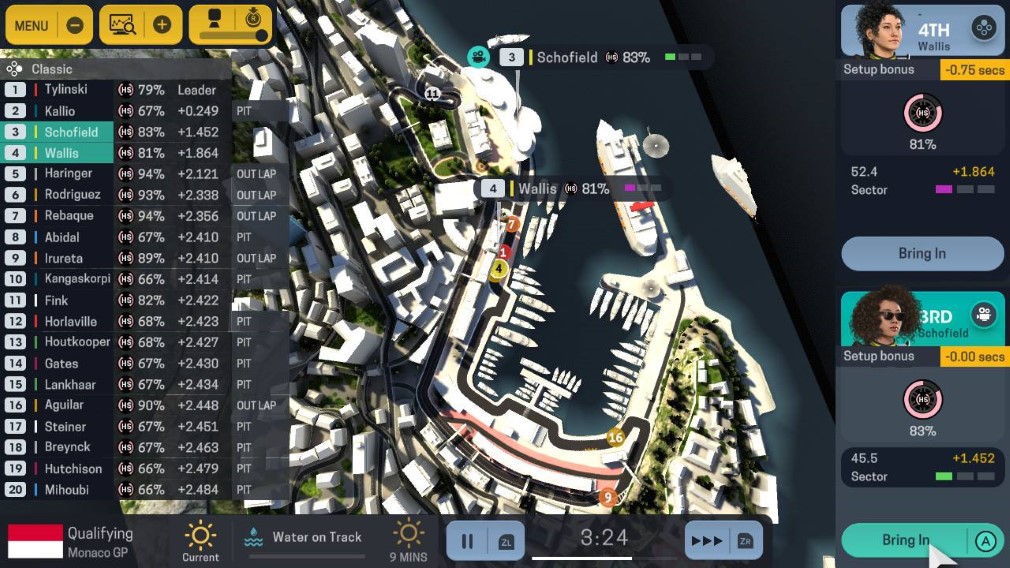 Not a whole lot, it turns out! If you've played Motorsport Manager 3, you've played this. And that's no bad thing, since it's a fantastic game.

You take control of young, up-and-coming racing team in the low-tiers of the motorsport world, and help them rise to glory by taking over various managerial tasks.

From hiring and firing the right staff and drivers down to creating supply chains around the world, you need to get into the nitty-gritty of your team if you're going to tackle the big leagues someday.

Racing is also a key part of the game, but that's largely out of your hands. You can set your driver's racing styles and tell them when to pit, but the actual driving is down to them and their stats, so you'd best hope they're up to the task.

But you knew all this already. Nothing has been lost in translation over to the Switch, so the core game is exactly what you'd expect if you've played the series before.

The biggest difference is in its control scheme. Touchscreen controls are still available, but controller fans can also easily navigate the menus using a range of hotkeys at their disposal.

You can also snap to the various options with a flick of the left stick, should you not trust yourself to remember the many, many hotkeys at hand.

It takes a little bit of getting used to - the D-Pad can't be used for selections as they're all filled up with hotkeys, for example - but with a little practice it'll fall into place pretty naturally. 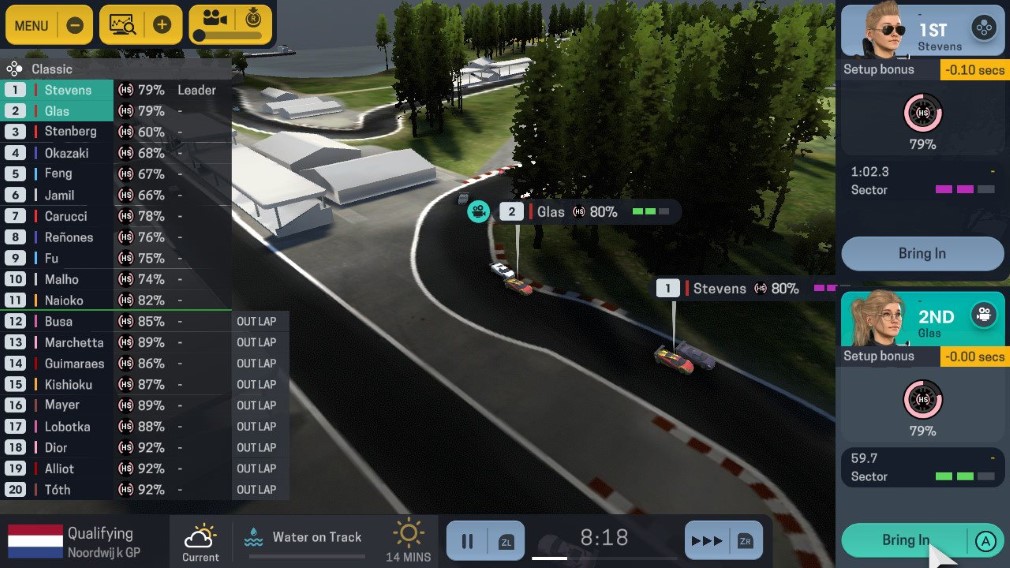 The other key difference is that you can now see tiny 3D models of your cars racing around the track, rather than just big ol' numbers dodging and weaving between each other.

The numbers are still present if you zoom out far enough, but take the camera in close and you can see your beautiful machines navigating the track for real.

It's a very minor change, and it doesn't really affect the game in any way, but it's a nice visual step-up for the series that we hope is carried over to mobile in later entries.

Throw in a new track and you've got a pretty decent package to play with. Motorsport Manager on Nintendo Switch doesn't change the formula much - if at all - but it does provide a reason for fans to pick it up even if they've played the games before.

If you've missed the series up until now and want something on Switch that you can sink your life into, you can't go far wrong with this.