This forthcoming bloody beat-'em-up will feature "an experience designed specifically for on-the-go gaming", and will include "brand new gameplay features and content developed exclusively for the new handheld device". These nifty new features will be revealed in the "coming months".

"The NetherRealm team is committed to making sure that we follow up the success of 2011's Mortal Kombat with an equally compelling experience on the PlayStation Vita," Ed Boon, NetherRealm Studios creative director, said.

"The original game content and new features we developed for the PlayStation Vita will provide gamers with the best fighting game experience available on the new mobile platform."

Unfortunately, that's about all the information we have right now, but we'll let you know if we hear anything tasty.

While the roster of fighters is yet to be revealed, it's probably safe to assume that Scorpion, Sub-Zero, Sonya Blade, and other franchise favourites will make an appearance. 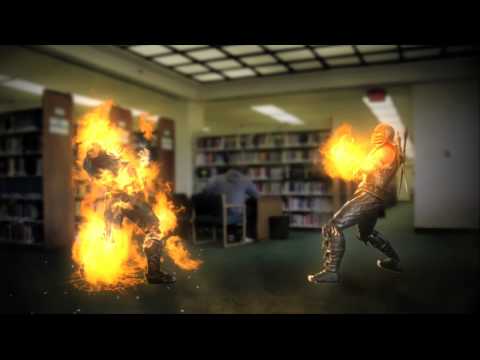 Subscribe to Pocket Gamer on
Yahoo! Finance
Next Up :
The Pokemon Go Fest 2022 world tour has now extended to Seattle for celebrations, tickets available now

Grab Mortal Kombat for free through PlayStation Plus from December 21st