It seems only fitting that, with all the noise about Call of Duty: Infinite Warfare going on in the gaming world, Modern Combat 5: Blackout should get an update this week as well. And it has.

It's a sizeable update as well, that doesn't just add a bunch of new weapons, but also some interesting twists and fixes that players have been asking for for a while.

Let's get the guns out of the way first. There's a new tier of weapons called, almost inevitably, prestige. There's seven new guns included, and if you get one they’re likely to change the course of multiplayer battles.

Interestingly there's also now an option to play the game on 3G or 4G data connections. Gameloft is calling this an experimental feature though, so we'll have to see if it takes. 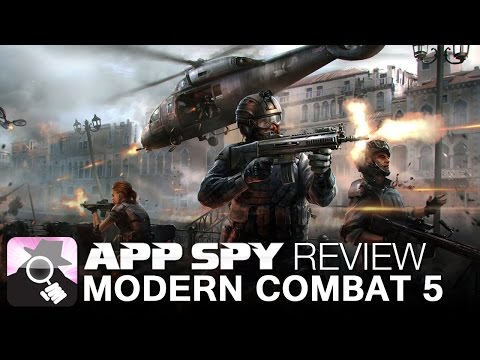 There are also new rewards for playing in squads, in the form of XP and perks. And in Rush mode dead players can now act as spotters, marking targets on the map for their team.

If that wasn't enough there's some updates to the single player campaign as well, with extra rewards for finishing levels the first time through and when you replay them.

Modern Combat 5: Blackout is available for nowt on the App Store right now. So if you fancy giving it a go with these new additions, then maybe you should.