NetEase made a plethora of announcements today during its NetEase Connects 2022 live stream. Among the reveals was a new 2v4 stealth game called Mission Zero, which is heading for iOS, Android, and PC, with cross-platform play between all three formats available. A technical test is set to take place on July 8th.

As mentioned, Mission Zero will use a 2v4 setup where you will assume either the role of an invader or chaser. The Mobius are the chasers and act as security for a huge medical company. They are told to protect the company's data at all costs. Meanwhile, the invaders are part of a faction known as Sirius. They aim to infiltrate Mobius and expose its evil experiments.

Whichever side you choose, you will participate in a high stakes game of hide and seek, where the chasers will attempt to find and neutralise the invaders. Mobius has several characters to choose from, each bringing different abilities to the hunt. For instance., Hickster makes use of magic while Aya prefers a more direct approach using her baseball bat. 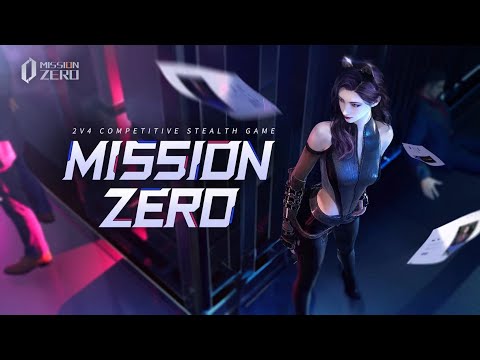 Meanwhile, Sirius has access to a host of equipment to make their stealthy activities more covert or help out in a pinch. For example, I-Doll plays rocking music that nearby people can't help but dance along. In an emergency, you can deploy the Rescue Duck, a giant inflatable that will carry you to safety or even rescue a dying teammate.

It all looks very promising, with stunning graphics to boot. I like that it doesn't appear to take itself overly serious by including an array of silly character abilities and equipment to bring a good sense of fun to the action.

Mission Zero will eventually release for iOS, Android and PC at a currently unknown date. If you're interested, you can pre-register for the game right now, over on the official website.

Enjoy multiplayer games? Here are some of our favourites that are available on Android
Next Up :
Naraka: Bladepoint's mobile gameplay was showcased during today's NetEase Connects 2022 stream