Tinytouchtales is an expert at putting a genre spin on Solitaire by now. So far we've seen the dungeon crawler Card Crawl and the sneaky Card Thief, and Pocket Gamer loved them both.

This time, potion mixing is the focus in Miracle Merchant. You'll match cards together to create potions to sell.

The art style remains, and it's even cuter than usual. That's because Miracle Merchant is aimed at a younger audience - or at least something you can play with your kids.

But is it any good? We certainly seemed to think so. We gave it a Silver Award and described it as: "A sharp and entertaining game of mixing potions and clearing cards".

We also asked our hardened group of mobile gaming experts in the App Army what they thought, and here's what they had to say. 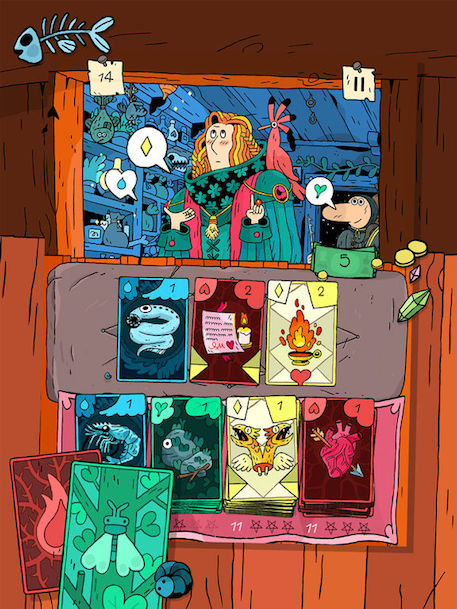 Miracle Merchant is more merchant than miracle. Basically speaking it's a Solitaire high score chaser. So grab a cuppa, settle down on your favourite pillow, and start making potions.

It's easy to play and smooth to handle. Find all the recipes, try all the combos, and don't fail your customers. There are daily tasks and the usual leaderboard and a helpful boot in case you're missing a major ingredient.

Miracle Merchant is pleasing to the eye and ear. It builds upon Card Thief in the sense that you have to take into account special markings on the cards when combining.

I can't say I was swept away - I hope that there's more to it. For me the rush of excitement after creating 20 point potions often coincided with disappointing runs.

Nevertheless, for card game addicts this is another quality game to widen the portfolio with. There's the Daily Challenge mode which puts you up against other players. This is what will make me get back to the game time and time again. 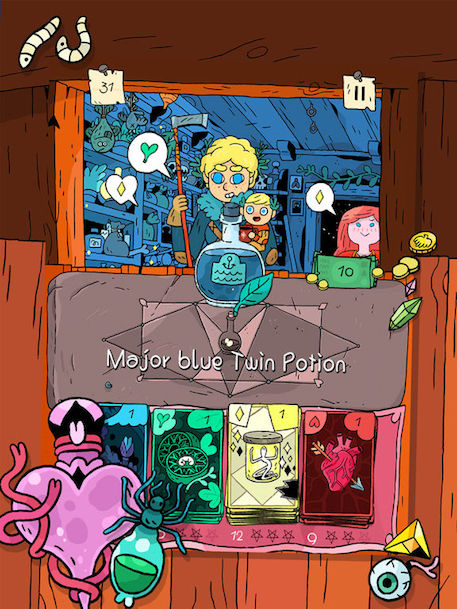 I agree with Laura - it's more merchant than miracle. The gameplay is nothing spectacular, and compared to Card Thief it's a step back.

Not to say it's bad at all it's just nothing special and after the last game I expect more.

There no real challenges just mix and hope for a good score the graphics look fun I just wish the gameplay lived up to them.

There's nothing drastically wrong with Merchant Miracle but it's not spectacular either. The idea is to make strong potions by combining four coloured cards in the most strategic way.

The graphics and sound are adequate but there isn't enough going on to keep me interested. I have to say that I only played this for half an hour or so and then got bored. 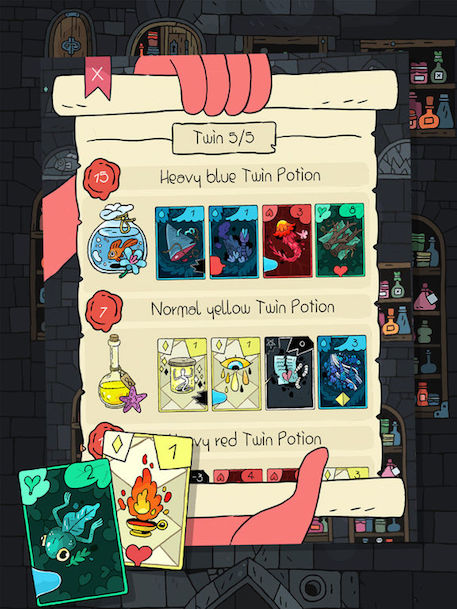 Miracle Merchant is a good game to pick up for a few minutes to kill time. It's basically an updated version of Card Thief.

What's the App Army? The App Army is Pocket Gamer's very own community of mobile game experts. Each week, we provide them with a bunch of free codes and early access to the hottest upcoming games so they can provide their thoughts in features like this. We also host regular community-driven events with them in mind like tournaments, giveaways, and multiplayer evenings. To join, simply follow this link to the page on Facebook and request access. We'll get you in right away!
Next Up :
App Army Assemble: Where's Samantha? - "Does this puzzle-platformer spin a good yarn?"