Solo developer Tak Fung is taking to the air

Over on PocketGamer.biz, we're interviewing some of the one-team development teams who are working in the hope of iPhone glory.

Our first interview is with Tak Fung, who's previously worked on games such as the Fable series for Lionhead, before making the decision to go solo with his game, Mini Squadron.

It's a great-looking arcade plane shooter, which he hopes will be on the App Store sometime in November.

As well as zooming around and shooting down other aircraft through eight levels, a key part of the game is the unlocking and collection of different types of planes.

"Mini Squadron is my idea of a simple, fast and frenetic shooter on the iPhone, taking inspiration from games such as BIP (Biplane Duel) and Jetstrike on the Amiga," he says.

"It's old-skool gameplay, updated for the iPhone with polished graphics and my own take on the physics movement of the planes."

You can see how it's shaping up with the following video: 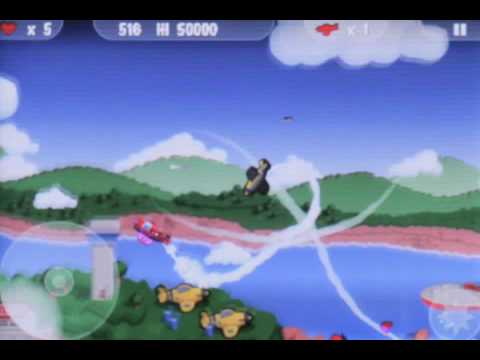 Subscribe to Pocket Gamer on
You can read the full interview about the game and what it's like being a one-man iPhone developer (and his love of ramen) – Tak Fung on leaving behind Fables to make iPhone's Mini Squadron – over on PocketGamer.biz.
Next Up :
Horizon Chase Mobile Edition's new China Spirit DLC features new tracks and the Lightning car, available now

MiniSquadron is coming to PSP Minis