Plus baby pandas are on their way

Minecraft’s latest update was revealed this weekend at Minecon Earth 2018. Titled the Village and Pillage update, the new content update introduces 10 new villagers to the game, along with Pillagers, who will try their darnedest to attack your carefully constructed neighborhoods. 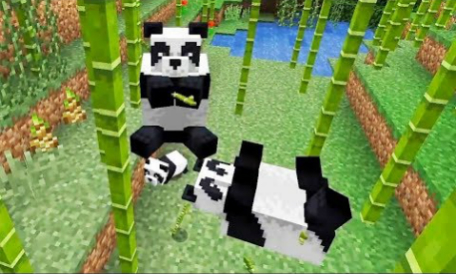 The 10 new villagers added in the update will have brand new jobs: Librarian, Cleric, Cartographer, Butcher, Leatherworker, Shepherd, Farmer, Fletcher, Armorer, Fisher, Toolsmith, and Weaponsmith. These new characters will even change appearance based on the biome they're found in.

As the update’s title suggests, you’ll be dealing with Pillagers on top of the new villager types. These characters will invade villages, and it will be up to players to ward them off.

In addition to the Village and Pillage update, Mojang is also introducing some new furry friends. Minecraft players will soon find cats and adorable pandas sprinkled throughout the world.

The update is expected to go live sometime in 2019.

Next Up :
Aether Gazer an upcoming sci-fi ARPG set in a dystopian future, is releasing this year on mobile