Fight to become the king in Square Enix's card-based RPG Million Arthur, out on iOS and Android

That's too many Arthurs

The game was soft-launched exclusively on Android last month in select countries. Now it has been given a wider release on both iOS and Android.

It has you playing as one of a million people who are capable of pulling Excalibur from its stone. You need to to build up a force and prove yourself as the one true Arthur of Britain.

To this end, you collect cards to form your knights of the round table, train them up, and defend Britain from invaders. 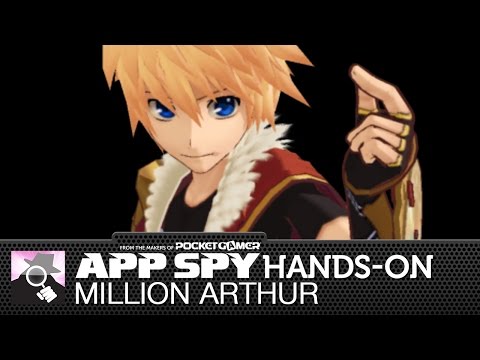 There are 170 cards with anime-style art that each belong to one of three factions. More cards will be added in future updates.

You can download Million Arthur for free on the App Store and Google Play right now.