Keiji Inafume hits his 3DS and Vita Kickstarter stretch goal for Mighty No. 9

Just a few days ago, we told you that Keiji Inafune and his Comcept team had added a 3DS and Vita stretch goal to their latest project Mighty No. 9 over on Kickstarter.

There were four days left of its Kickstarter campaign to run at that time, and another million dollars was needed to reach that stretch goal.

Could Inafune and Comcept raise $1m in such a short time?

Oddly, the Mighty No. 9 team confirmed this news on Twitter BEFORE it had actually raised the full $3.5 million required for the handheld versions.

Anyway. Mighty No. 9 is essentially a new Mega Man title, with many of the original creators (including Inafune, of course) of the franchise on board.

It's a Japanese side-scrolling action-platformer inspired by the classics, and it stars a character that might as well be Mega Man's twin. 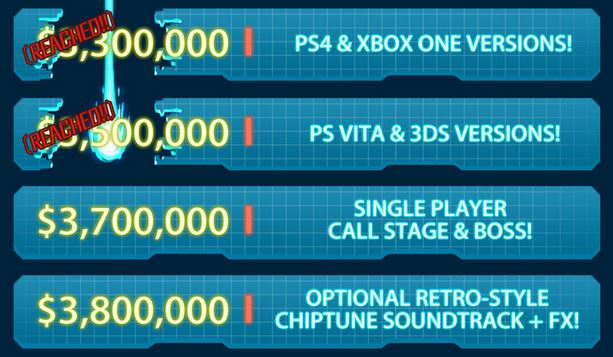 The main difference between Mega Man and Mighty No. 9 is the modern coating over the latter.

There are now only a few hours left to run of Mighty No. 9's Kickstarter campaign. So, if you want to help fund the game's development, you better hop on that link quickly.

Next Up :
NBA All World is an upcoming metaverse-based basketball game coming soon to mobile

Mega Man successor Mighty No. 9 has been delayed until early 2016

A fresh look at some new stages and boss battles