The superhero match-3 game, Marvel Puzzle Quest, has officially completed eight years since its launch! And D3 Go! and Demiurge Studios have an entire celebration planned for fans.

The Director of Production at D3 Go! John Austin described Marvel Puzzle Quest’s long journey, he said:“Eight years. It’s hard to believe that MARVEL Puzzle Quest has been a fixture of gaming for the better part of a decade! Over this period, it has been a remarkable opportunity to develop our favourite Marvel characters for our special blend of puzzle battles, while showcasing the creativity of our team with the addition of amazing characters like Peggy Carter (Captain America) and countless competitive events that millions of players have competed in.”

Check out the anniversary trailer below: 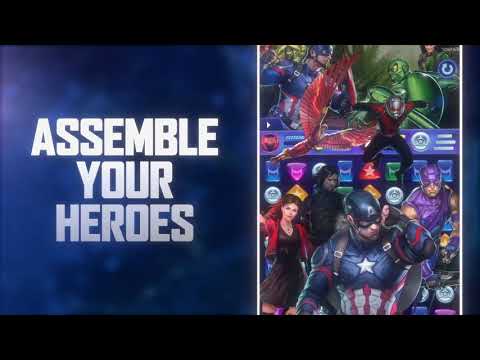 The party kicks off with an anniversary livestream on Marvel’s Twitch channel. The ‘Let’s Play’ livestream will take fans through a journey across the game’s eight years alongside a peek into its future. Catch the stream on October 7th at 3:00 pm PT. It will be filled with loads of giveaways!

Marvel Puzzle Quest’s official eighth-anniversary character is a circus artist who defected to the Brotherhood of Evil Mutants – Blob. This guy’s an absolute unit. He’ll absorb any hit and has total control over his flesh. All the while being super agile for someone his size. An avid poetry collector, Blob is a 4-star character who’ll fit in perfectly in any roster.

Between October 7th and 17th, a limited-time Anniversary PvP will also take place. It will include exclusive characters like the Devil Dinosaur and Taskmaster along with PvP events featuring Peggy Carter’s Captain America. Steve Rogers’ Hydra Stomper and Blob. Deadpool’s Nightly Games return with a new challenge every day for ten days.

Celebrate Marvel Puzzle Quest’s eighth birthday by downloading it for free on the App Store and Google Play.

Check out the top match-3 games to play on mobile!
Next Up :
Pokemon Go League is being updated for the Mythical Wishes season