Nothing goes over my head

Obviously with The Guardians of the Galaxy Vol. 2 hitting cinemas this weekend we should have expected some Guardians gatecrashing Marvel games, 'cos why not? 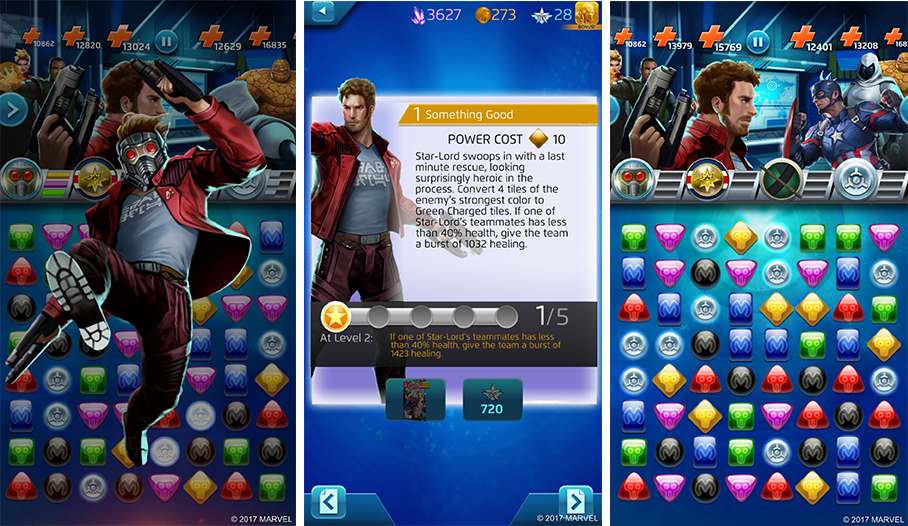 One game we know for sure will be getting the bug is Marvel Puzzle Quest. On April 30th, a new in-game event called I Have a Plan will go live. This is part of a three event release, each of which stars one of the new Guardians characters.

We'll also be getting new characters on April 27th, the first two of which will be Peter Quill (3-star) and Star-Lord (5-star), in Come and Get Me, a Boss Event featuring Thanos.

The full interview can be read on Marvel's website here.