Add magic to your jigsaw puzzles as ZiMAD’s Magic Jigsaw Puzzles welcomes timeless Disney classics into the relaxing mobile game! Worldwide known characters from the Disney and Pixar franchises are waltzing into your device, but what exactly is in store for you? 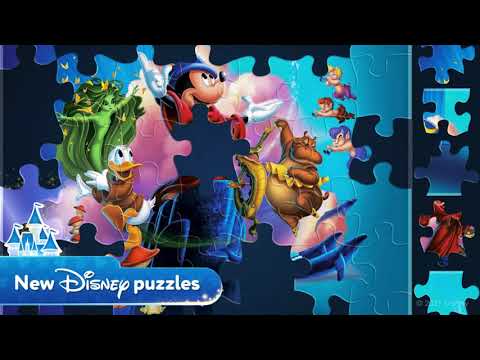 ZiMAD is working with Disney to release exclusive puzzle packs that will brighten up the Magic Jigsaw Puzzles game. If you’ve always been a fan of the timeless tales from the House of Mouse (who isn’t?), this special event should quench your thirst for all things Disney, whether you’re taking a quick break from work or snuggling up in bed with your favorite jigsaw puzzle before drifting off to dreamland.

Disney animations and movies have always weaved their magic across generations for so many years, and in Magic Jigsaw Puzzles, it’s definitely not any different. From classic IPs to modern brands, Disney and Pixar are bringing another level of fun with a new category of puzzles. Players can expect beloved characters such as Snow White and the Seven Dwarfs, Disney princesses like Mulan and Ariel, and recent films like Disney’s Frozen, and Disney and Pixar’s Inside Out, and Luca.

The new Disney-themed packs are free for all players, because it’s always nice to share the magic, isn’t it? ZiMAD also plans to update these particular collections in the Disney category on a regular basis moving forward, so players can expect more from this wondrous collaboration in the next updates in line with the new Disney and Pixar movies coming out. This Disney event is the latest in ZiMAD’s list of big brands that it has worked with in the past, which includes Cartoon Network, Sony, National Geographic, and a current partnership with Nickelodeon.

With over 50 million downloads, Magic Jigsaw Puzzles has been entertaining puzzle aficionados for 10 years. Puzzles range from 24 to 1200 pieces, with more than 30,000 high-resolution puzzles to sink your teeth into. The game also features a piece rotation mode for skilled professionals, irregular pieces of jigsaws for creative puzzle fans (e.g. animal or plant-shaped!), and also custom images from players themselves.

If you’re eager to join in on all the fun, you can download the game on the iOS App Store, Google Play Store, and also on Amazon and Microsoft stores. It’s a free-to-play game with in-app purchases.

What's A Preferred Partner Feature?
From time to time Steel Media offers companies and organisations the opportunity to partner with us on specially commissioned articles on subjects we think are of interest to our readers. For more information about how we work with commercial partners, please read our Sponsorship Editorial Independence Policy.
If you're interested in becoming a Preferred Partner please click here.
Next Up :
Nauticrawl: 20,000 Atmospheres, the popular escape room puzzle adventure, is out now on iOS