Mad Cars is an upcoming quirky driving game from indie developer Popa Radu that's heading for iOS on January 4th. It's been made with Buildbox, a 3D gaming engine that doesn't require coding knowledge to get started making games.

The aim of Mad Cars is to drive down a motorway or some other road whilst avoiding a plethora of hazards that litter the streets. The catch is, you won't just be driving one vehicle, instead, you'll be steering a whole horde of cars.

That means as you slalom through rocks, pipes, holes, police barricades and even other vehicles you'll be trying to prevent as many of your fleet from crashing as possible. Losing a few vehicles along the way is likely inevitable then, so if you do crash, you'll want to do so as sensibly as possible.

You see, once a car collides with one of the many hazards the vehicle itself and the object you charged into may fly into the rest of the pack or even explode. Therefore, if you have to sacrifice a car, you'll want to try and make sure it doesn't have a knock-on effect on more of your fleet. 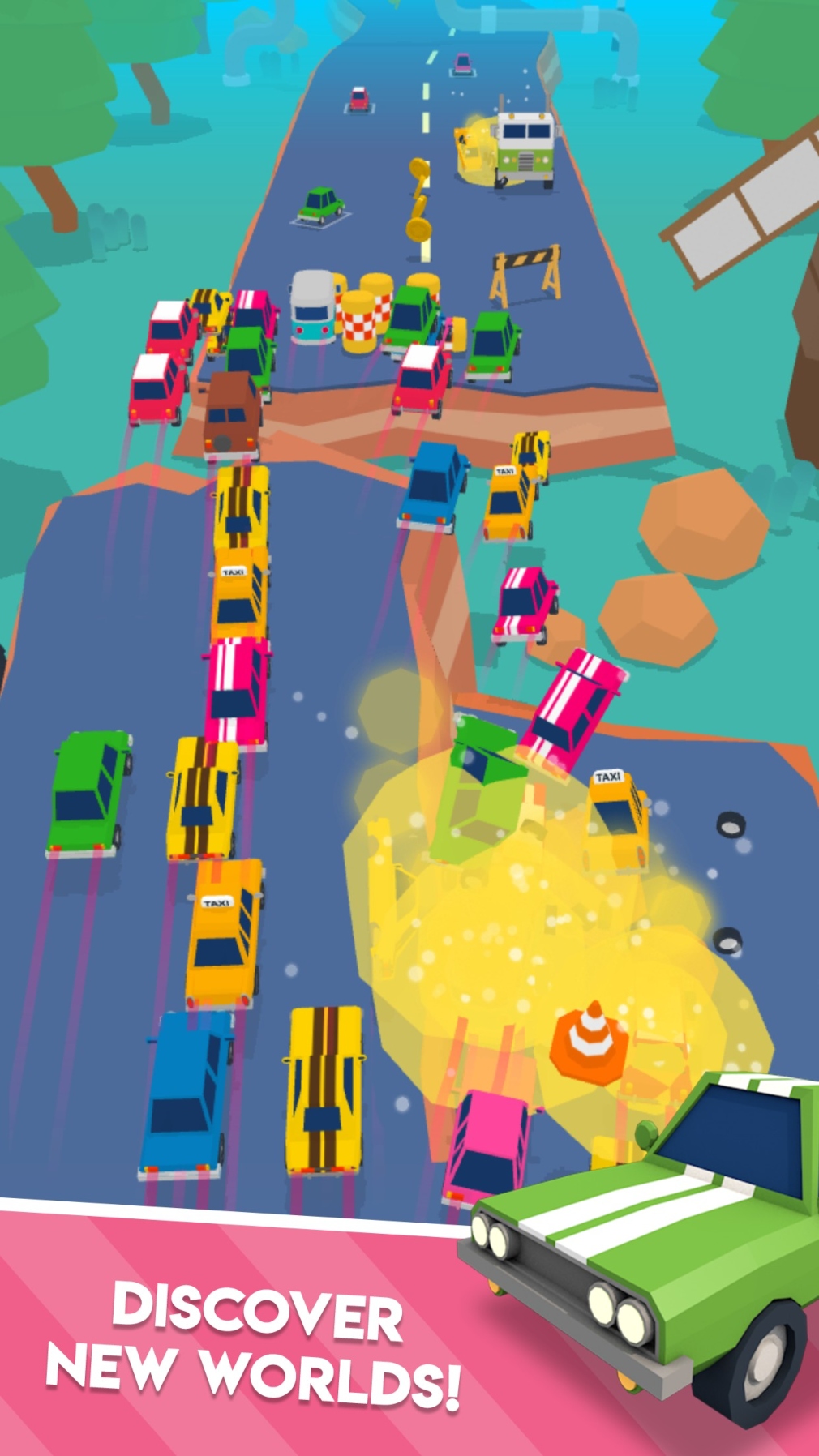 You can check out some gameplay from Mad Cars in the embedded tweet above. It looks bright, cheerful and lots of fun. There will be different seasons to drive through alongside various other cars to unlock for you to drive down lawless roads at high speeds.

Mad Cars is available to pre-order now over on the App Store ahead of its expected launch on January 4th. It will be a free-to-play game with in-app purchases.

Enjoy racing games? Here are 25 of the best available for iPhone and iPad
Next Up :
Mission Zero drops three new character trailers ahead of technical test