A double dose of introspection

Lost Toys has players exploring the shapes and textures of a childhood long gone, using touch controls to rotate and manipulate charred artifacts, like a wooden truck or a dog figurine.

Our review praised the game's "gorgeous music" and gloomy aesthetic, but described its puzzles as unfulfilling, an overall experience that is "a bit on the flimsy side."

Released alongside the new Android version is part one of a documentary titled Sweat, Swearing and Tears, made in collaboration with Autodesk.

The ongoing video series will examine Barking Mouse Studios, and its founders Danielle Swank and Jim Fleming, as they discuss the art and labor of game development.

The film's title was pulled from Swank and Fleming's GDC 2014 talk, How We Survived Making Our First 3D Puzzle Game. You can watch the first video in the series below. 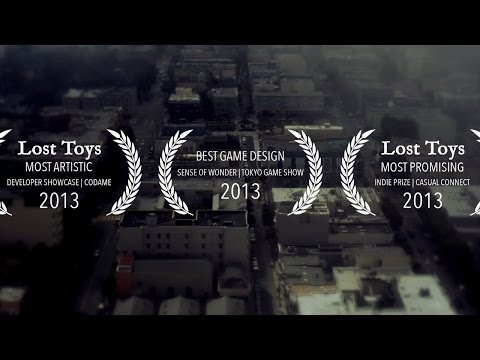 Subscribe to Pocket Gamer on
Next Up :
PUBG New State's A-Squad content creator partner program is officially open for applications

Out at midnight: Lost Toys is an atmospheric 3D block sliding puzzler for iPhone and iPad