There's also a hint about the next update too

Little Orpheus initially launched for Apple Arcade back in June and the Chinese Room's cinematic platformer has gone down well with players so far, our own Dann Sullivan was particularly impressed with what it had to offer. Today, it has received its first major update since launch.

This update introduces new costumes, 100 collectables and a New Game Plus mode arriving in the game. However, unlike most new game plus modes in Little Orpheus, this will unlock at the end of each episode. This means that players can continually play through each chapter to hunt for hidden secrets and collectables. 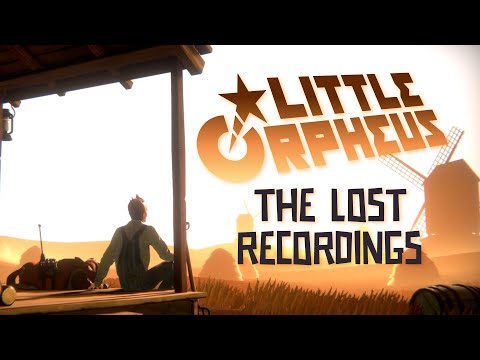 The collectables on offer will unlock a variety of goodies such as concept art, new music and over 100 lines of dialogue. If players manage to track down every collectable item on each episode, they will unlock a new costume for Ivan that will be themed around that particular stage. There will also be another unlockable that will provide a teaser for what players can expect in the next major update, with more news on what that will involve expected soon.

Ed Daly, studio director at The Chinese Room discussed the update, he said: “With our first major update we want to give players even more reasons to play and revisit Ivan’s adventure. We’ve added a host of unlockable treats for fans of the game and, well this is probably top-secret information, but there might even be a little tease for what’s still to come!”

Little Orpheus is available now over on Apple Arcade, a subscription service that costs $4.99 per month. For more information on other games that are available in its extensive library, check out our dedicated hub page.

Here's a definitive list of EVERY Apple Arcade game available, and what you need to know about them
Next Up :
Pocket Gamer is now on TikTok! Follow us there for more news and gaming recommendations

Best games to play with Razer Kishi on Apple Arcade

Little Orpheus' latest episode, A Rush of Onion to the Head, is available now for Apple Arcade