Playing 18 holes in the UK from midnight

The third iPhone entry in Gameloft's popular Let's Golf! series has hit the New Zealand App Store, making it available in the UK and US from around midnight.

After creating a world-class golfing avatar using thousands of combinations of clothes, hairs, gears, and more, you aim to set the world alight using only a golf club and a keen eye.

You'll drive, chip, and putt across six 3D locations such as the Great Wall of China and even in Outer Space, and tee off against up to three other Tiger Woods wannabes via wi-fi, Bluetooth, or by passing around a single device.

You'll unlock new game modes such as Shootout and Close to Pin as you progress, and have the chance to play some mini-games.

If you're an award-winning chatterbox who happens to be good at shooting birdies, you can also live-chat during play, invite your Facebook, Gameloft LIVE!, and email buddies to the game, and even watch your opponents as they take their shots.

The original Let's Golf! picked up a Pocket Gamer Silver Award at review, with Let's Golf! 2 going one better and bagging a Gold.

You can grab Let's Golf! 3 as a free Universal app from the UK App Store around midnight tonight. 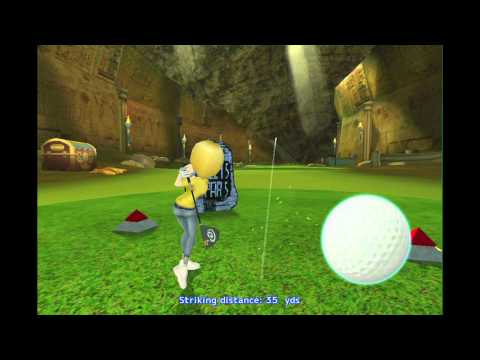 Subscribe to Pocket Gamer on
Next Up :
Linia Super, the second edition of line-connecting puzzler Linia, is coming to mobile on December 10th