I used to play Lemmings in the back of the car on a PS2 we had shoved under a car seat using a tiny screen on long trips to campsites around the country, so when I say "I'm pretty hyped that there's a new Lemmings game coming out today", know it to be true.

Courtesy of developer Sad Puppy, and officially licensed by Sony, the new mobile version of Lemmings is a free-to-play take on the franchise starring everyone's favourite green-haired idiots as you try to avoid them killing themselves through their own stupidity.

The whole thing has been designed with one-thumb play in mind, so you won't be scrolling around levels and fiddling with mouse-and-keyboard-style controls like in older titles. And, as always, you'll be telling your Lemmings to block, drop, dig, climb, and all the other commands you might need to avoid their untimely deaths. 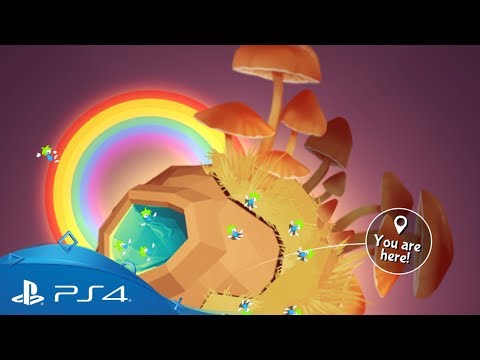 You've also got some free-to-play gubbins to deal with this time around, including collecting members of different Lemmings tribes which apparently hatch from eggs now. There's also online tournaments, which I have absolutely no idea how that'll work, but go off I guess.

Side-note - it looks properly gruesome? I don't remember there being buckets of pink blood spurting out of a Lemming when it got ripped to shreds by a giant saw blade in the early games, but maybe I was too traumatised by the image to remember it in my old age. Ah well.

Sony claims that Lemmings is dropping onto "mobile devices" today, but so far I've only spotted it on the App Store. Presumably it'll also be coming to Android at some point, but they better make it quick because I've got some mince pies screaming out to me and I could very much do with a long winter's nap, you know?