There's no danger of standing on these sets

Lego Legacy: Heroes Unboxed is now open for pre-registering over on the App Store and Google. Lego Legacy will see players collecting classic and modern sets so that they can build their own party to do battle. It will be available this Fall.

The gameplay itself looks set to be team-based battles, so you can expect to create your own lego squad making use of a variety of abilities. According to the trailer completing a set will unlock hidden abilities and ultimates. This seems to range from powerful-looking spacecraft to giant birds. It certainly has wonderfully random variety going for it.

As is usually the case with pre-registering there are a few bonuses on offer for those who sign up early if the milestones are hit. There's your standard fare here with 100k coins and 500 gems being the first two, so in-game currency basically. 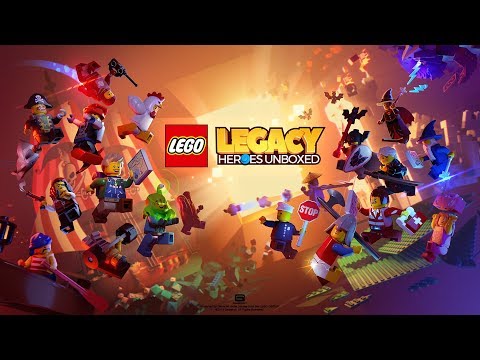 The more interesting pre-register bonus is voting on your favourite minifigure from a choice of three. The most popular of these will be given to players at launch, so long as the third milestone is reached. The three options are Hot Dog Man, Darwin and Blacktron Dwayne. Naturally, I'm going to vote for Hot Dog Man because it just makes logical sense.

I've always been a fan of turn-based games so to see one featuring Lego is pretty cool. The sheer variety that will be available thanks to the many years Lego have been making different sets means that if the game is good, there's potentially a huge amount of longevity for it.

Lego Legacy: Heroes Unboxed is set to release later this year, though we're still waiting on a specific release date. You can pre-register now for either Android or iOS over on their official site.