The main aim of the game is to collect just over a hundred hand-drawn heroes and angels that each have their own visual style and unique special effects when using skills.

You'll then have level them up, teach them new skills to, and upgrade their equipment before forming them into teams worthy of defeating the most deadly foes.

No single team can win every battle though. You'll have to alter your approach to match your opponent as each have their own strengths and weaknesses.

Your opponents will also differ depending on the game mode you're playing. PvE modes include a single player storyline, cooperative team dungeons, and an array of minigames while PvP is made up of cross-server arena battles and Island Raid. 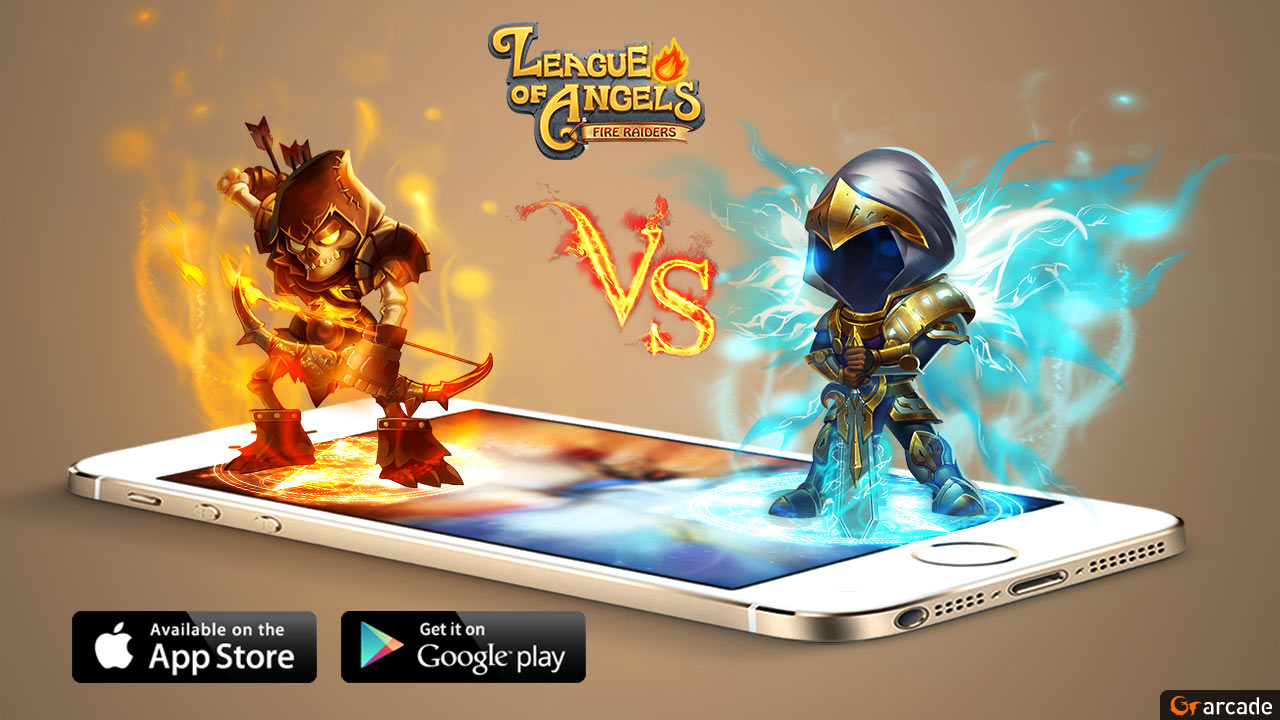 Island Raid pits guilds against each other on a vast ocean made up of many islands. Each island is controlled by a different guild and rewards them with a steady stream of resources. Your job is to protect your island while raiding that of other guilds.

Twice weekly a World Boss will arrive in the ocean and it's up to yours and other guilds to team up and take it down, with the greater rewards going to those who deal the most damage.

Right now, a temporary event is running that rewards new players with a beginners gift pack worth $15 just for downloading the game. They then earn more gift packs at levels 15, 35, and 45 if they reach those levels before the event is over.

An event such as this runs each week and developer GTArcade has released a steady stream of updates since launch. If you appreciate a game that never really ends then League of Angels - Fire Raiders is the game for you.

Head on over to the App Store [download] or Google Play [download] to check it out right now.

What's A Preferred Partner Feature?
From time to time Steel Media offers companies and organisations the opportunity to partner with us on specially commissioned articles on subjects we think are of interest to our readers. For more information about how we work with commercial partners, please read our Sponsorship Editorial Independence Policy.
If you're interested in becoming a Preferred Partner please click here.
Next Up :
Counter: Side global release date confirmed