3DS-users, it's time to get excited as Nintendo's announced that Layton's Mystery Journey: Katrielle and the Millionaires' Conspiracy will be arriving on 3DS in October. 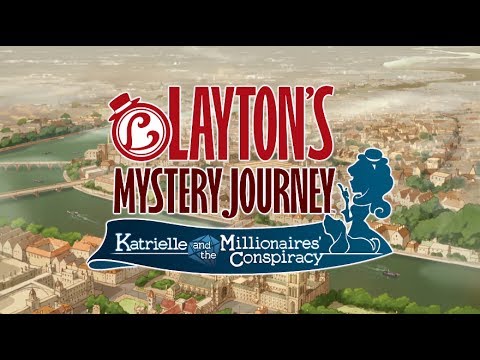 Subscribe to Pocket Gamer on
You'll probably know by now that the game already launched on mobile last month, and we rated it very highly indeed, but 3DS is what the franchise was built around.

This time we're playing 'detective' with professor Layton's daughter, Katrielle and her colourful companions, as they set up an agency on Chancer Lane, solves perplexing puzzles, and search for Katrielle's missing father in the meantime.

This next instalment in the Layton franchise offers up more puzzles than ever before, including bonus puzzles daily from the game's launch day.

Aside from the usual systems in the 3DS family, the game'll also be available on the new 2DS XL. Mark it on your calendars, wannabe detectives - Layton's Mystery Journey arrives on October 6th.