It had to happen one day

Square Enix has soft-launched Lara Croft: Relic Run on the Netherlands App Store. When ready, it will be launched globally on iOS, Android, and Windows Phone.

As you might predict, Relic Run is a 3D runner that can be easily compared to Temple Run, albeit with added Lara Croft.

It does bear some other differences, of course, some of which you might argue make Relic Run a little more action-packed than even Temple Run.

Other than swiping Lara across three lanes, over pits and through swinging blades (and into the path of coins), you sometimes need to tap to shoot enemies before they hurt her.

There are also moments in which you need to wall run, jump over pits, and drive vehicles. And all of it is tied together with slow-motion set-pieces that emphasize how close Lara gets to death. 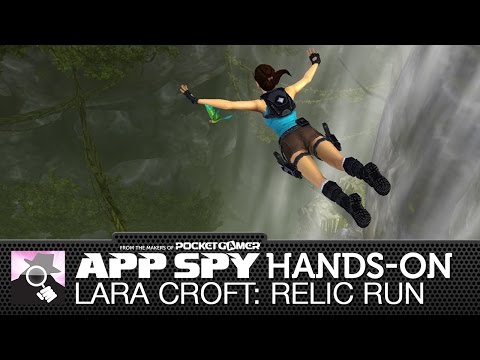 It's free-to-play, naturally, so the coins you collect can be spent on items, and relics are used to revive after death.

We'll let you know when Lara Croft: Relic Run is available around the world.

Lara Croft: Relic Run takes the adventurer to chilly Tibet with a mini-gun