Knights of Ages is an intriguing strategy game set in a medieval, Arthurian-inspired world. It takes you on a challenging quest to fulfil your character's destiny and claim a battle-scarred kingdom. The game comes to us from developer Less Mainstream Games, and it's now launched in early access for Android devices.

It sounds like there's a lot to sink your teeth into here. You'll start by selecting one of almost 20 character classes, then you'll gain access to the game's deep management systems and extensive weapon/armour crafting. You'll have an army of troops at your disposal to send into battle and gradually strengthen your foothold in the kingdom. 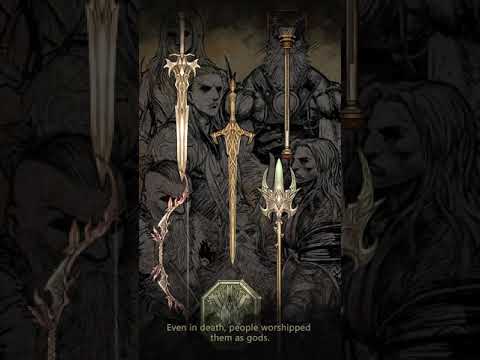 The turn-based combat is said to be strategically demanding and almost chess-like, with you directing your troops and swapping them out when the need arises. It sounds like some conflicts can alternatively be solved with diplomacy to maintain useful alliances.

The decisions you make will have a direct impact on the morale of your citizens, so it's important to think about your actions and what kind of leader you wish to be. Characters with high morale will gain neat buffs, while those with low morale will suffer from temporary poor health and eventually even permanent damage.

Interestingly, there's also a marriage and lineage system here. You'll choose a bloodline and eventually pass your territory over to your children, keeping the kingdom in the family throughout the generations.

Knights of Ages is currently available in early access over on Google Play. While I haven't yet had a chance to give it a go, it seems like it could be a solid strategy game with a lot of neat management systems at play. You can find more info over on the game's official Facebook page.

Vote for YOUR Game of the Year in the Pocket Gamer People's Choice Award 2020
Next Up :
Toyforming is an upcoming sandbox game that converts 2D drawings into 3D objects using AI