Be careful saying that name

The new game from Minigore and Bike Baron developer Mountain Sheep is called KingHunt. And you must have been living under a rock for the last few years if you miss the similarities here to Fruit Ninja.

Just like in Halfbrick's food genocide game, you use your finger to chop up flying objects.

Only, instead of slicing and dicing apples and pears, you're chopping up evil minions and slashing through treasure.

I talked to Mountain Sheep COO Teppo Soininen to find out more about how KingHunt differs from Fruit Ninja. Mountain Sheep's new game is out this week on iPhone and iPad for 69p / 99c.

Pocket Gamer: Give us a quick synopsis of KingHunt - what's the story and what do you do?

Teppo Soininen: Evil Kingmaker, who looks a bit like a diabolical version of the Swedish Chef from The Muppets, has invaded a place called Heart Island and unleashed his minions. His henchmen have built fortresses throughout the land. You battle them by slicing through whatever they throw out, completing challenges and defeating the bosses. 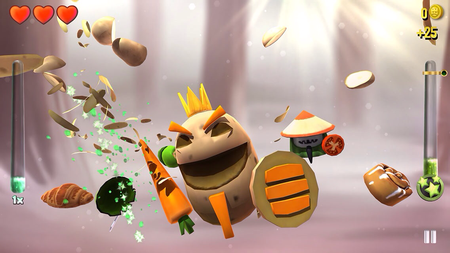 KingHunt is obviously inspired by Fruit Ninja. In what ways have you made it different from Halfbrick's game?

We believe there is room in the "slicing" genre for more than just Fruit Ninja. It's a brilliant game, and there have been plenty of clones, but no one has tried to build on Halfbrick's original idea. (I'd be remiss not to recommend Jack Lumber at this point - Ed.)

The reason for this is that it's extremely difficult - it's deceptive how simple Fruit Ninja appears. We felt more could be done with slicing controls, and we loved the idea of adding progression into the game so people can unlock new lands and challenges.

The clincher is the addition of progress. It's simply a lot of fun to collect trinkets and explore the world. It gives KingHunt a bit more depth and takes the game beyond leaderboards.

We feel the visuals are very strong, too. We used complex lighting models, a crap ton of particles on screen, awesome shaders, and a load of polygons on screen. Overall, we've pushed ourselves hard to evolve a genre we love. 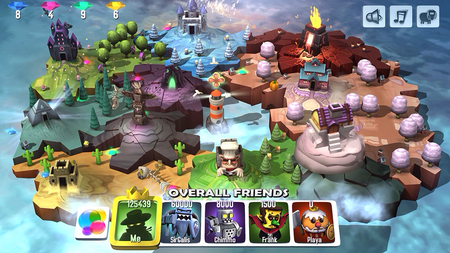 What did you learn from the development of Bike Baron and Minigore?

Has anything you learnt from the making of those two games helped in the development of KingHunt?

We love experimenting with different gameplay mechanics, but ultimately all of our games must be instantly accessible, fun, and full of our distinctive art style. People can tell when it's a Mountain Sheep game, and we're proud of that.

We are very comfortable developing natively for phones and tablets, and we've learnt how to keep our development process focused and fun. We remain obsessed with details and polish, and I think the players respond to that.

Mountain Sheep has been around on the App Store forever, it feels like. How has making iOS games changed since Minigore in 2009?

Without question, the rise of free-to-play has been the biggest change, although we've continued to do well making premium games. The only way to continue with this model is to make games with ridiculously high production values.

People will pay upfront only for the best of the best. But I don't think Mountain Sheep as a company works much differently from the way it did a couple of years ago. We always set the bar very high for ourselves. 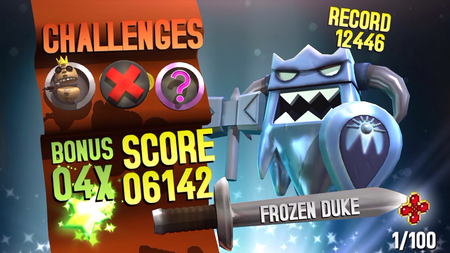 Finally, do you have any tips for players when they start up KingHunt later this week?

Slow down a bit, enjoy the visual experience, and embrace the precision of the slicing.

It seems easy at first, sure, but if you aren't refining your skills in the early levels, a boss will make you pay!