Countdown will seemingly end on Tuesday

It's looking like we'll soon be getting some fresh Kentucky Route Zero news if a countdown on the game's development status hotline is to be believed. Developer Cardboard Computer has also put out a suitably opaque tweet, which seems to have led to the discovery of the countdown.

For those not sure why this is a big deal, Kentucky Route Zero is an episodic game series that launched its first act way back in 2013. Since then, we've seen three subsequent acts and a number of smaller interludes that expand on the magical realist narrative and its many oddball characters.

Okay so I just called the Kentucky Route Zero Development Status hotline and was told that the current status is: Preparing For Publication! AAAAHHHHHH!!!!!! https://t.co/D65QKxpQMz — Carolyn Petit is looking for work! (@carolynmichelle) 5 January 2020

Act V, then, is the culmination of a decade-spanning series. Just imagine if a Telltale season was spaced out over 7 years. Yeah, it's pretty wild.

Despite the lengthy wait between acts, Kentucky Route Zero remains one of my favourite games of all time – and it's not even finished. It's basically a point and click title that strips away puzzles to focus purely on creating an atmosphere and delivering an utterly compelling narrative experience. 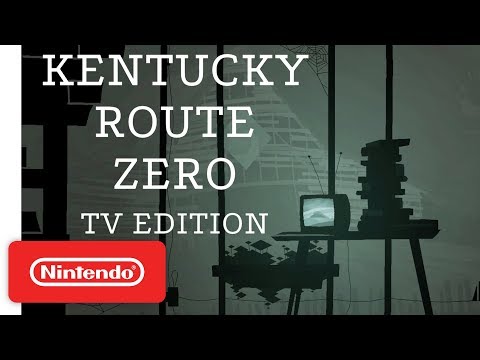 At the time of writing, there should be around 3800 minutes left to wait, meaning we may well have Act V (and hopefully TV Edition, the Switch port) in around 63 hours, which would be late on Tuesday. Of course, the countdown could instead be leading up to the announcement of a release date, but the tweet above says that the hotline now lists the status as "preparing for publication".

If you're yet to give KRZ a go, know that it's mysterious, strange, oddly affecting, and almost constantly surprising. Definitely seek it out when it finally hits Nintendo Switch – and hopefully mobile at a later date.

Top 5 Best Games you might have missed in 2019
Next Up :
Among Gods RPG Adventure lets you collect more than a hundred heroes to fight the good fight, now open for pre-registration on Google Play