Invizimals: The Resistance will hide ferocious creatures around your house on October 29th

They could be anywhere this time around

A release date for Invizimals: The Resistance has come out of hiding - it's coming to Vita on October 29th.

This is the first game in the Invizimals series that makes use of the SmartAR technology inside the Vita.

That means you won't need any AR markers to play it this time around. In other words, keep your wits about you as they could be anywhere.

What's not new about The Resistance is how it plays otherwise. Once again, you'll be hunting down the Invizimals hiding around your physical environment through the Vita's screen.

Once you find one, you'll want to use one of the 20 capture mechanics to grab it. 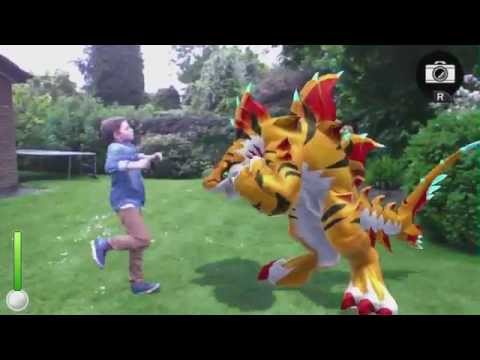 There are more than 150 creatures to to capture this time around, with 48 of them heading over from the PSP games for the first time.

Once you enter the Pokémon-like battle system, you'll find that it has been refined. The battle arenas are more interactive now, meaning that your opponent isn't the only thing you need to look out for.

So, on October 29th, you'll be able to join Keni, Jazmin, Doc Dawson, Hiro, and the kids from the TV series in finding the Invizimals champions.

Invizimals: The Resistance will be sold in brick-and-mortar stores and on PSN.
Next Up :
Saint Seiya: Legend of Justice celebrates achieving 1.5 million registrations with a series of giveaway events